90 years without a caliphate

In accordance with the verdict passed down by the Turkish parliament on March 3, 1924, the position of the Caliph was officially removed and the last Caliph, Abdulmecid and the Ottoman household was ordered to leave Turkey. Exactly 90 years ago today, the Islamic Caliphate waswiped off the map after 1,350 serving the Muslim world for 1,350 years.

Despite the Ottoman Sultanate officially being abolished in November 1922, the head of the Ottoman household continued to carry the title of the Caliph of the entire Muslim world.

Abdulmecid took the title from his cousin Sultan Mehmet Vahdettin, who was dethroned in November 1922 along with the abolishment of the Sultanate. Abdulmecid was appointed in the position by the Turkish National Assembly shortly afterwards, but only enjoyed limited powers.

In accordance with the verdict passed down by the Turkish parliament on March 3, 1924, the position of the Caliph was officially removed and the last Caliph, Abdulmecid and the Ottoman household was ordered to leave Turkey.

Abdulmecid and his family were immediately rounded up and put on the first train to Switzerland. However, the Swiss denied them entry, so they were left with no choice but to settle in France.

The last caliph remained in France for another twenty years until he died of a heart attack in 1944. His daughter campaigned for many years to have him buried in his native Turkey, but the then president Ismet Inonu refused to back down.

Thus, Abdulmecid's body lay waiting in a mosque in Paris for a decade until the mosque committee said they could no longer keep the body waiting. His body was transferred to Saudi Arabia, where he was finally buried in Medina's Jannat-ul-Baki alongside the companions of the Prophet Muhammad (peace be upon him).

After Abdulmecid was ousted from Turkey, King Hussein bin Ali of the Hejaz claimed the title of Caliph for himself, as he was the custodian of the two holy mosques in Mecca and Medina. However, shortly afterwards in 1925, the House of Saud invaded from the region of Najd and banished King Hussein from the lands.

Although as the new custodians of the two holy mosques, the Saudi household had considerable leverage to claim the Caliphate for itself, but instead the Saudi royals chose to accept the title of 'King', taking up no officially authority in the Muslim world outside of their own kingdom.

There was a summit held in Cairo in 1926 to elect a new Caliph, but most Muslim nations did not attend and no decision was made. 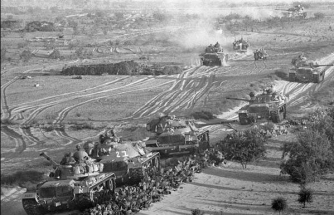