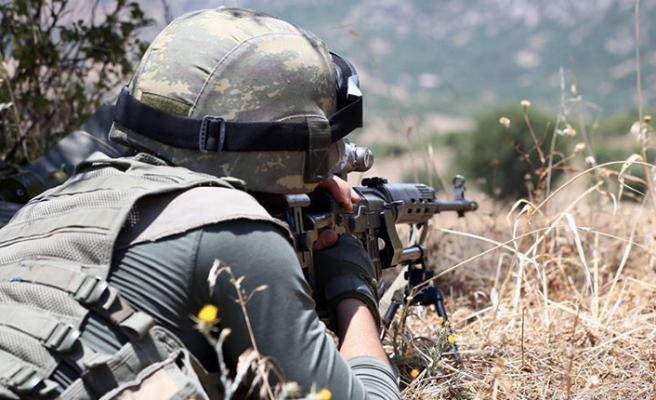 "We carried out 87,838 operations against PKK this year. We have neutralized 1,289 terrorists in these operations," Suleyman Soylu told the parliament.

Turkish authorities often use the word "neutralize" in their statements to imply the terrorists in question either surrendered or were killed or captured.

Soylu added that they have increased the counterterrorism operations in the rural areas 173 percent over last two years.

More than 43,500 former interior ministry personnel have been dismissed in the same period, the minister stated.

On Turkey’s cross-border counterterrorism operations in Syria, Soylu said more than 278,000 Syrians returned to areas, including Jarabulus, Azaz, and Afrin, cleared of terrorists.

Operation Euphrates Shield, which began in August 2016 and ended in March 2017, aimed to eliminate the terrorist threat along the border in the northern Syrian regions of Jarabulus, Al-Rai, Al-Bab, and Azaz with the use of the Free Syrian Army, backed by Turkish artillery and air cover.