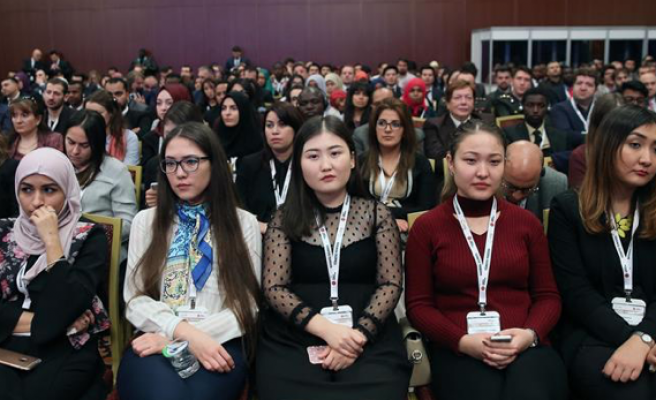 With Turkish state support, international graduates of Turkish universities are set to form around 100 alumni associations over the next two years, more than tripling the number of such groups worldwide.

Speaking Saturday at an Istanbul event for international alumni from Turkish universities, Mehmet Kose, head of the state Turks Abroad and Related Communities (YTB), said that currently there are 30 alumni associations around the world established by graduates of Turkey.

"With consultations we did with our graduates in Ankara before this program, we set the goal of reaching 40 alumni associations by the end of the year and 100 within two years," he added.

Today, there is a graduate from Turkey in almost every country around the world, making up an international family of 150,000 people, he said.

Before the meeting, the YTB discussed the plan with thousands of graduates in around 50 cities worldwide, according to Kose.

The YTB is the sole authority to provide government scholarships to international students under the Turkish Scholarship program.

Underlining the rising number of international students at Turkish universities, Kose said the country’s economic growth and the development of its education sector paid a leading role in the trend.