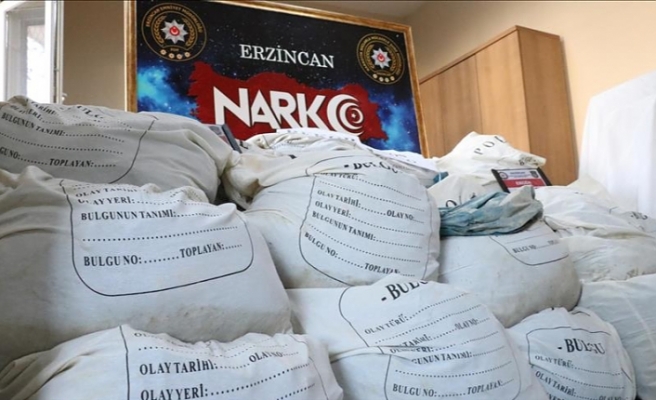 Turkey’s interior minister said on Thursday that Wednesday’s heroin bust of over 1 ton was the largest in Turkish history.

Speaking at an international drug conference in the Mediterranean city of Antalya, Suleyman Soylu said that anti-drug teams seized 1.27 tons of heroin Wednesday in the eastern Erzincan province.

The confiscation came during a search on the back of a truck after it was stopped at a security checkpoint -- set up upon intelligence reports, he said.

According to a police data, Turkish security forces have caught a total of 17.3 tons of heroin in 2018, arresting more than 1,500 suspects.

Underlining the PKK's active role in drug trafficking -- as well as that of its "renamed" version, the YPG -- Soylu accused Europe and the U.S. of failing to take a hard stance against the terror group despite its criminal activities and denying Ankara’s extradition requests for most wanted terrorists.