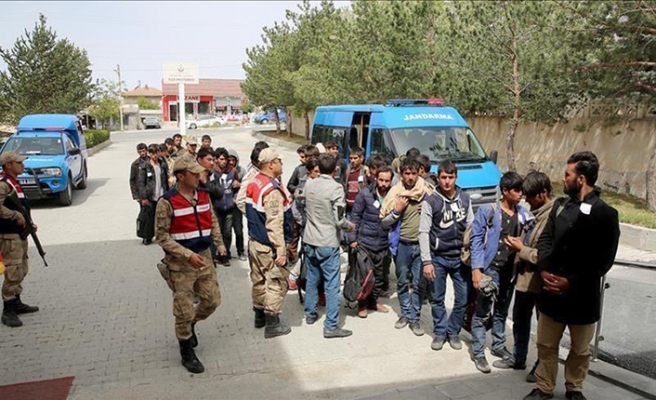 At least 181 migrants were held on Monday across Turkey, according to security sources.

In the Baskale and Ercis districts of the eastern Van province, 115 migrants were held by local gendarmerie forces during a regular road patrol.

The operations saw the arrest of 66 irregular migrants. Among them were 26 Syrian, 18 Afghan, 15 Palestinian, six Central African and an Iranian national.

All the migrants were referred to provincial migration offices.

Turkey has been the main route for irregular migrants trying to cross into Europe, especially since 2011 when the Syrian civil war began.