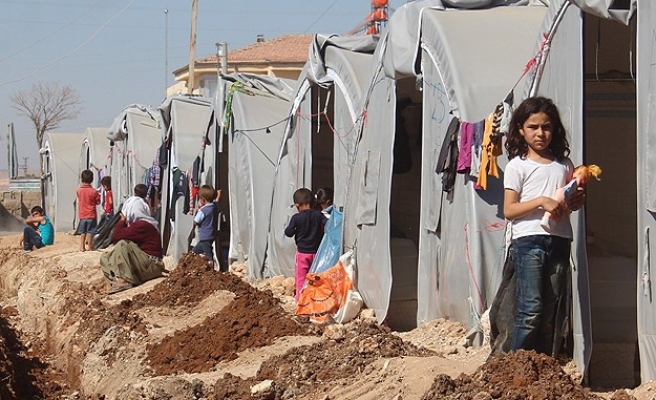 The clashes in the Syrian town of Kobani led nearly 200,000 people to take shelter in Turkey, according to official data released on Saturday.

Prime Ministry Disaster and Emergency Management Presidency of Turkey, or AFAD, says that 192,417 people have arrived in Turkey since September 19 when the clashes broke out. The accounts also show that 3,072 cars have entered into the country.

In and around Turkish town Suruc near Kobani, 1,573 officials from different institutions have been on duty to help the refugees by taking care of their food and sheltering as well as health and security.

The aid agency said that an average of 70 thousand meals are delivered to refugees a day.

Since August 2012, 819 cars loaded with aid material were sent to Kobani through Mursitpinar border crossing in Sanliurfa. The cost of the aid material was calculated as over 27 million Turkish lira ($11,670 million), AFAD says.

27,850 people injured in Kobani were treated in Suruc State Hospital, which says that it vaccinated 60 thousand children and offered healthcare services to 105 pregnant women.

The AFAD stated that a sufficient number of electric heaters are stored in the city for the refugees. The institution also stated that five thousand tent covers were sent to Sanliurfa, and 500 rain-damaged tents were replaced.