32 PKK neutralized over past week in Turkey

11 terrorists killed, 16 captured, and 5 surrendered during counterterrorism operations across Turkey 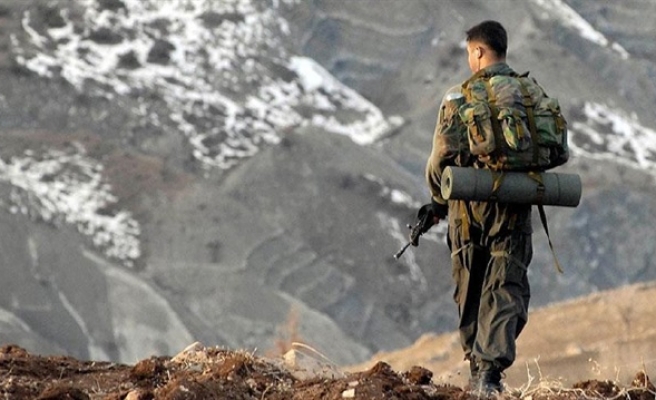 The weekly briefing note indicated that 11 PKK terrorists were killed, 16 were captured and five surrendered during counterterrorism operations across Turkey between Nov. 27 and Dec. 4.

Some 1,438 operations were carried out against the terrorist organization in the last week.

In addition, the nationwide operations saw a total of 4,505 suspects -- 982 terror suspects, 114 migrants and 3,409 suspects involved in drug and smuggling -- being remanded in custody.

During the operations, over 565 kilograms of explosives, 112 guns, 40 hand grenades and 57,128 ammunition cartridges were seized.

The wanted list is divided into five color-coded categories with red designated as the most wanted, followed by blue, green, orange and grey.

The PKK is listed as a terrorist organization by Turkey as well as the U.S. and the EU. In its over three-decade long terror campaign against Turkey, more than 40,000 people have been killed.