5 wounded in attack on Turkish mayor's car after Erdogan rally 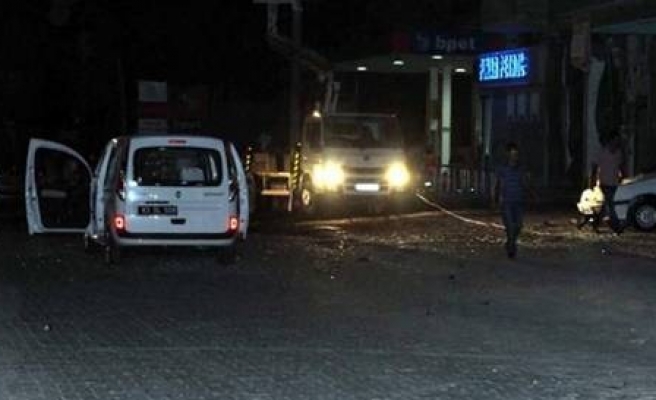 Five people including three police were wounded in southeastern Turkey, a pro-government mayor said on Monday, when suspected Kurdish militants attacked his car as he returned from a presidential campaign rally for prime minister Tayyip Erdogan.

Mayor Menderes Atilla said a car bomb detonated as his car drove through Ceylanpinar town in Sanliurfa province late on Sunday, injuring the policemen. Attackers then opened fire, causing minor injuries to his driver and a bodyguard.

"There was a blast from a car loaded with explosives... as I was returning from the prime minister's rally. We came under fire from another car by gunmen using long-barreled weapons. The gunmen's car left the scene after firing a few rounds," Atilla told reporters, adding he believed militants from the outlawed Kurdistan Workers Party (PKK) were behind the ambush.

There has been no word from the PKK since the attack, but if their involvement is confirmed it would be a blow to efforts aimed at bringing an end to a thirty-year insurgency, which has haunted the south east and left an estimated 40,000 people dead.

Only last week parliament passed a bill legally recognising for the first time the government's negotiations to bring a permanent halt to hostilities with PKK militants, who have for decades been demanding greater autonomy and rights from Ankara.

Erdogan is campaigning to become Turkey's first directly elected president in the August 10 election, a position that could give him stronger executive powers to pursue his political plans. He hopes his efforts to end the insurgency will earn him significant support from Turkey's Kurdish minority.

Sanliurfa province could be a key electoral battleground in the coming weeks. Erdogan's ruling AK Party narrowly won local polls there in March, but the pro-Kurdish Peace and Democracy Party (BDP) contested the result, stirring a week of violent clashes between BDP supporters and security forces.