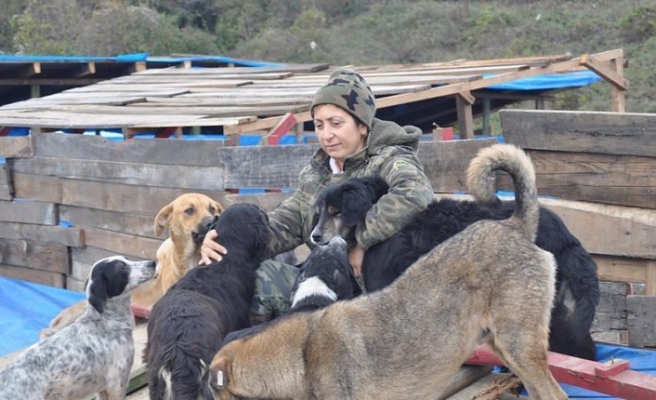 An animal lover in Turkey's Bartin province has been on a hunger strike for four days in response to violence against stray animals.

Animal rights activist Sevim Arkan launched a hunger strike for animal rights at a garbage dump in the resort town of Inkumu.

"I am on strike not to die, but to keep alive," Arkan announced earlier on her social media account.

She told reporters that she and other activists had gone on a hunger strike last year as well in order to respond to violence against stray animals and to contribute toward the enactment of laws on animal rights and protection.

"We wanted the violence against animals to be punished by law, but the promises given last year unfortunately have not been kept," Arkan said, adding that this time, she will "go to any lengths".

Saying that violence against animals had increased in recent days, Arkan stressed that a penalty alone is not sufficient and called for such people to be imprisoned.

Arkan also said there are still many distressed animals on the streets and called on local municipalities to support them on this issue.

Noting that she takes care of 400 animals, Arkan added that volunteers and associations should together discuss this law.