Another rescued from Istanbul building collapse 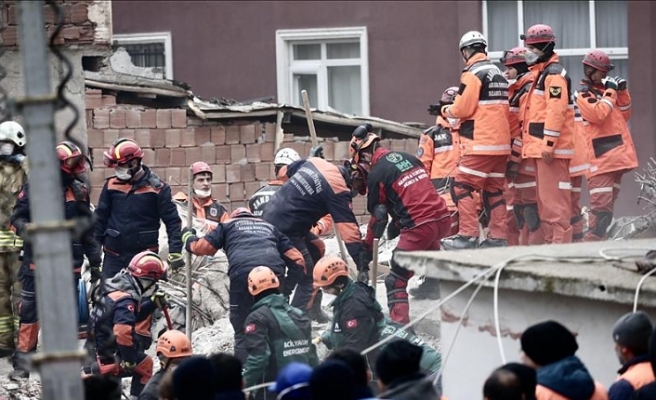 A teen has been saved Friday from rubble two days after an apartment building collapsed in Istanbul, a Turkish official said.

Interior Minister Suleyman Soylu told reporters that the rescue team saved a 16-year-old boy from the debris of the building.

On Wednesday, a seven-story apartment block, located in Istanbul’s Kartal district, collapsed while 30 residents were inside. The cause is still yet to be known.

The death toll from the incident is 11 so far, while it left 13 people injured.

On Thursday, rescue teams saved a 5-year-old girl identified as Azra Havva Tekgoz from the debris of the building.