Davutoglu's chief advisor sees 2015 as a chance for both peoples to renew ties and look forward. 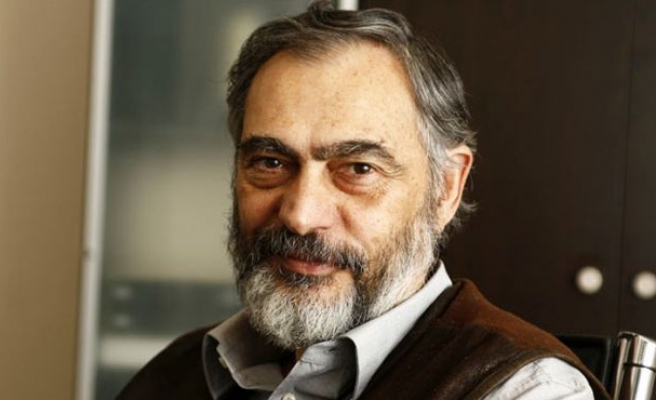 The Armenian state and community are more ready than the Armenian diaspora to reestablish relations with Turkey, according to the chief advisor to Turkish Prime Minister Ahmet Davutoglu.

Etyen Mahcupyan – who is also an Armenian-origin Turkish journalist and author – was speaking to The Anadolu Agency exclusively on the sidelines of a panel he attended recently titled "Turkey, Kurds and Kurdish Regional Government" organized by the Middle East Research Institute in the Iraqi Kurdish capital Erbil.

"First, the psychology has to change and a mutual habit of looking to the future together must be developed. This year is a significant chance for that," he said.

This year marks the 100th anniversary of 1915 events what Armenia calls "genocide" and the Battle of Canakkale that took place in the district of Gallipoli, which marked a turnaround in favor of the Turks against the Allies during World War I.

“Turkey-Armenia relations can be treated”

Mahcupyan said that the bilateral relations between the two neighboring countries will ease from now on, and "healing and rehabilitating steps" could be more easily taken if 2015 could be utilized.

"If reciprocal steps are taken in 2015, they may serve as a remedy for Turkey-Armenia relations," he said.

The PM's advisor argued that it sounds harsh when Armenia speaks as a state, but there is no such attitude by the Armenian people when you talk with them on the street.

"It is the same as what you see on the streets in Turkey. People want to warm towards each other and be drawn together," he added.

Mahcupyan spoke of a "longing" between the two peoples, who are the children of the same culture, listening to the same music and reading the same books.

"Actually, both sides are ready to get into contact. But we are in a national world where there are borders and states, which makes the issue a little bit formal. When it becomes formal, themes such as equality and bargaining are also included, and they all cause alienation," he said.

He also touched upon the invitation that Turkish President Recep Tayyip Erdogan sent to his Armenian counterpart Serzh Sargsyan for the Canakkale battle memorial to be held between April 24 and 25 in Turkey.

The advisor noted that the invitation was sent to the whole world and Armenia was not excluded, adding that there were also a number of Armenians who died during the Battle of Canakkale.

"If Armenia has a spiritual bond with the Armenians who lived in the past, then it concerns them, too. It may yield positive results if there is attendance by Armenia, even symbolic," he said.

"Better to take steps on a social level"

Mahcupyan said he believed sincere and open relations are needed at the end of the day.

"I never think it will bear good results if you push it too much on a state level. You need to get down to the level below the states. It is much more significant to do what is necessary at the social level. It must be done via informal channels," he said.

He gave the example of women’s movement in both countries which he said can pay mutual visits and make mutual gestures and even issue joint declarations as "such acts better suit the zeitgeist."

"It could be a solution to mobilize women's movements as we men are always the ones who wage the wars," he said.

Mahcupyan also hailed the message issued last week by Davutoglu to commemorate the slain Turkish-Armenian journalist Hrant Dink, where he described Dink as an "invaluable Anatolian intellectual who, without compromising either his Armenian heritage or his loyalty to Turkey, sought to help find the ways and means through which Turks and Armenians may build a common future."

The advisor stressed the importance of 2015 saying there will be numerous activities throughout the year that Turkey would like to organize and assist, saying they must become concrete through a decision mechanism.

Relations between Turkey and Armenia have historically been poor because of incidents that took place during World War I. The Armenian diaspora and government describe the 1915 events as “genocide” and have asked for compensation.

Ankara has also long been calling for Armenia and its historians to make a joint academic research and study into the archives of both countries.

In April 2014, President Erdogan – at the time prime minister – offered condolences for the Armenian deaths that occurred in 1915 – a first for a Turkish statesman.