Around 600.000 Syrians back to school in Turkey 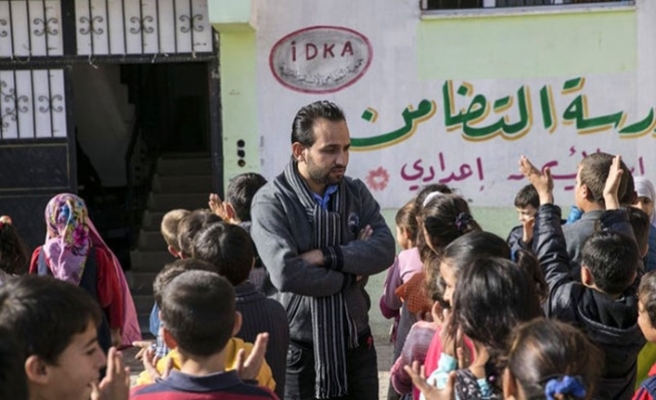 More than 600,000 Syrian refugees in Turkey resumed school this year, according to the National Education Ministry.

Data from the ministry obtained by Anadolu Agency shows their enrolment doubled this year.

As part of a government policy on education, Syrian children living in Turkey are being integrated into the Turkish education system since the 2016-2017 education term.

The enrolment of first-, fifth- and ninth-grade Syrian students to state schools is mandatory, according to the policy.

Students in other grades are studying at temporary education centers in the country and taking intensive Turkish-language classes. They will join state schools in the next grade.

Over 1 million school-aged Syrian children will gradually be integrated into state schools, according to this year's data from the immigration authority of the Interior Ministry.

Turkey currently hosts nearly 3.5 million Syrian refugees, more than any other country in the world.