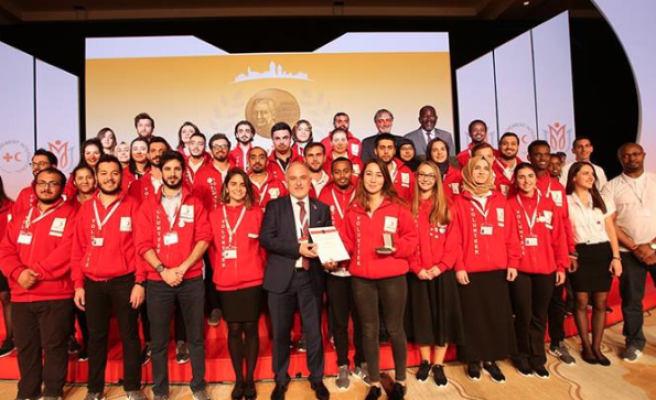 Around 1,500 guests from Turkish and international aid organizations attended the IFRC general eeting from Nov. 5-11. Humanitarian crises in Myanmar, Somalia, Iraq and Syria were discussed in the summit.

The assembly also elected a new IFRC president as well as four vice presidents -- including Turkish Red Crescent head Kerem Kinik as vice president for the Europe region -- and board members for the next four years.

Kinik was elected as vice president for Europe region. He received 116 votes out of 189.

Italy’s Francesco Rocca was elected as IFRC president after securing 98 votes. Rocca, who is also the head of the Italian Red Cross, has in the past served as the organization's vice president.