Turkish Foreign Ministry releases statement regarding fourth Trilateral Meeting of the Ministers of Foreign Affairs of Azerbaijan, Georgia and Turkey 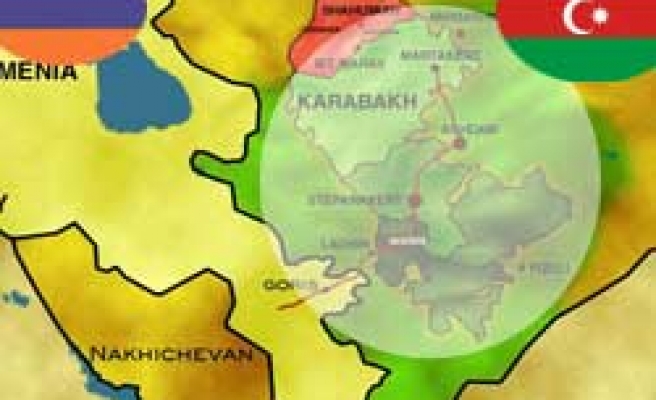 The fourth Trilateral Meeting of the Ministers of Foreign Affairs of Azerbaijan, Georgia and Turkey will be held in the Turkey's northeastern province of Kars on Dec. 10.

"Within the framework of the meeting, the ministers will exchange views on the prospects for developing regional cooperation on issues of common interest and review the decisions taken at the previous meetings," the Turkish Ministry of Foreign Affairs said in a written statement on Friday.

The statement continued: "The Trilateral Meeting of Foreign Ministers, where bilateral and regional issues are evaluated in a comprehensive way, contributes to the development of common understanding in all areas on the basis of mutual interest, and to the consolidation of regional stability and security."

The last trilateral meeting was held in Ganja, Azerbaijan on Feb. 19.

Turkey has supported Azerbaijan in its struggle with Armenia over the disputed Nagorno-Karabakh region and aims to find a peaceful resolution to the 20-year conflict.

Efforts to reach a peaceful resolution to the conflict, which lasted 20 years, have so far failed and the two countries remain without diplomatic relations.

Azerbaijan and Armenia, two former Soviet republics, fought a war over the disputed region of Nagorno-Karabakh in the 1990s.

Another issue high on the summit's agenda will be the Trans Anatolian Natural Gas Pipeline.

It is planned to originate from the Georgia-Turkey border, move through Anatolia and extend 2,000 kilometers to reach Greece.

It will then connect to the Southern Gas Corridor that will carry natural gas from the Caspian Sea near Azerbaijan to Italy in Europe.