Azerbaijani president says Turkey among most advanced countries across the globe 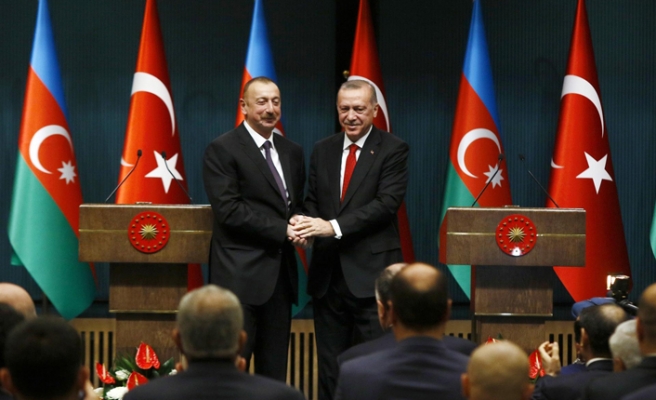 “On behalf of the people of Azerbaijan and myself, I extend my heartfelt congratulations to you and through you to all the people of your country on the occasion of the 95th anniversary of the founding of the Republic of Turkey," Aliyev said in his message

“With its comprehensive and dynamic development, the brotherly Turkey is today among the most advanced countries across the globe. Reforms and large-scale infrastructure projects implemented under your leadership contribute to a constant increase of the country’s economic strength.

“Turkey also demonstrates a resolute stance by playing an active role in ongoing processes across the world and in the region,” he said.

“I am confident that Azerbaijan-Turkey friendship and brotherhood, and our alliance and strategic partnership that forms the basis of our bilateral relations will remain a key factor conditioning all our achievements.On this remarkable day, I wish you the best of health, happiness, success in your endeavors, and the brotherly people of Turkey everlasting peace and prosperity,” Aliyev added.

The official proclamation of the Turkish Republic by Mustafa Kemal Ataturk took place on Oct. 29, 1923 when the name of the nation and its status as a republic were declared.