By end of 2019 TurkStream will be operational: Gazprom

During a visit to the TurkStream facility located in the Russian coastal city of Anapa, Esen said the offshore section would be 95 percent completed by the end of October. 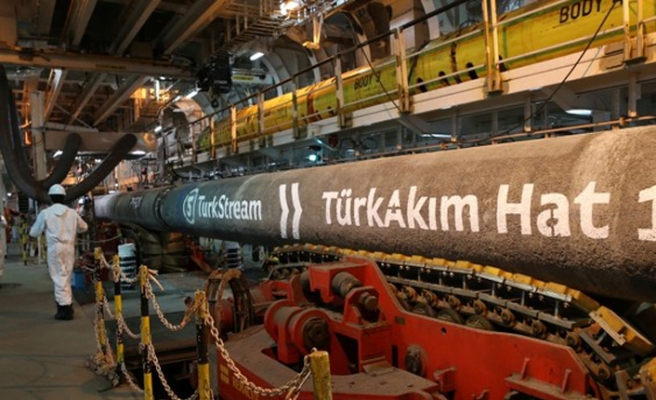 The TurkStream natural gas pipeline project, which will carry Russian gas to Turkey and Europe, will be completed by the end of 2019 as planned, according to Asli Esen, the project's spokeswoman on Tuesday.

The Russkaya compressor station was a main focus of the visit being the first of the facilities built for the TurkStream project. The station is an important part of Gazprom's giant network consisting of 172 thousand kilometers of natural gas pipeline and 254 compressor stations.

The station's official Anatoly Koltakov explained that the station's main function is to provide pressure to allow natural gas to travel 930 kilometers along the Black Sea ensuring a capacity of 31.5 billion cubic meters is carried to Turkey.

Only 3.5 kilometers from the Russkaya station, is Anapa where a landfall facility was built - the last destination before the pipeline's sub-sea section begins its journey to Turkey.

Natural gas transmission will take around 52 hours from Russia's Anapa to the destination in Turkey, at Kiyikoy located in the Kirklareli province in northwestern Turkey, according to the officials.

The control room where natural gas transmission will be monitored will be located at the headquarters of the TurkStream project company in Amsterdam, the Netherlands.

According to the information provided by the TurkStream authorities, the project was designed to operate for at least 50 years.

The project consists of two lines, each with a length of 930 kilometers and totaling 31.5 billion cubic meters of capacity.