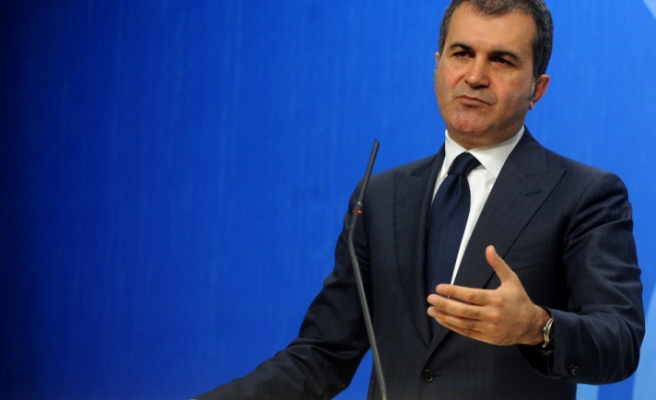 Turkey’s EU affairs minister has said that some members of the bloc are blackmailing Ankara over its membership negotiations.

“Using the EU negotiating process as a way to blackmail Turkey is weakening and discrediting the EU institutions,” Omer Celik was quoted as saying by the Financial Times in London.

Speaking to the newspaper on Thursday, Celik said the bloc should give a new momentum to Turkey’s EU accession process.

Celik called for the opening of Chapter 23 on the judiciary and fundamental rights and Chapter 24 on justice, freedom and security, but the EU has given no signal that it will do so.

Although the Turkish minister was criticizing some of the EU members, he exempted the U.K.

Celik praised London "as a reliable ally after the failed coup attempt in Turkey in July 2016," the daily wrote.

“The U.K. is acting as a real ally, a role model, standing with Turkey in the initial days after the coup attempt and helping to strengthen Turkey’s defense capacity.

The Turkish minister's comments come after top EU officials' remarks claiming Turkey is moving away from the bloc's norms.