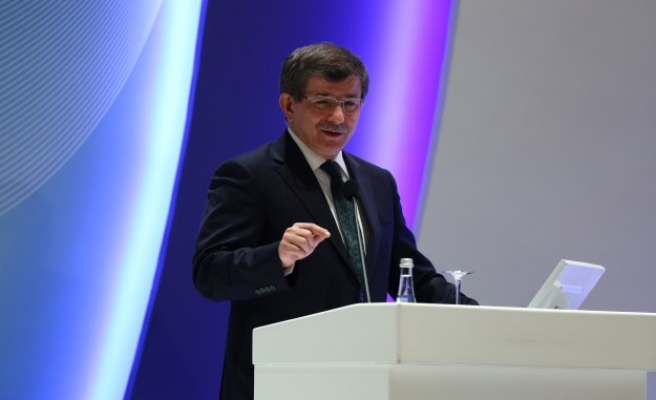 Turkey will open the doors for dialogue against economic inequality when it takes over the G20 term presidency in December, Prime Minister Ahmet Davutoglu said Tuesday.

"When we came to power, Turkey was 26th among world economies. Now, it ranks 16th in the world as well as being the sixth major economy in Europe," he said.

His remarks come at a time when Turkey is set to take over the 2015 term of the G20 presidency on December 1 after the ninth meeting of the G20 heads of government to be hosted by Australian city Brisbane on Nov. 15 and 16.

The Turkish premier is scheduled to depart for Australia Wednesday to attend the G20 summit along with a couple of his cabinet ministers.

About Turkey’s role when it takes over the G-20 presidency, Davutoglu said "we will open the doors for dialogue against economic inequality and point out the key role of real sector in world economy."

He said Turkey would also serve as the coordinator country for the Least Developed Countries on behalf of the United Nations.

"We will be an aide and mentor for them which they can turn to for solutions whenever they need," the premier added.

Turkish prime minister is expected to hold bilateral talks with other G20 leaders on the sidelines of the summit in Brisbane.

He also spoke about Turkey’s leading role in helping out neighboring countries.

"Our neighboring countries may be suffering from political instabilities and other serious problems, but their people are our brothers and sisters, and Turkey is the sole country that has the power to meet their economic needs," he said.

According to the Syrian Network for Human Rights, Turkey comes first for sheltering 1.9 million Syrian refugees, including some 190,000 from the Syrian border town of Kobani, 450,000 children and 270,000 women, out of the overall 5.8 million Syrians displaced by the almost four-year civil war.

The head of the Turkish government said he would move on to Philippines to pay an official visit on Nov. 17 and 18 as a guest of the Manila government after the Australia summit.

Davutoglu said Ankara was a leading country in the mediation delegation for a peace deal between Philippines President Benigno Aquino III and the Moro Islamic Liberation Front, the group which rules the Autonomous Region in Muslim Mindanao, or the ARMM.

The deal between the two sides in Philippines was signed two years ago, which ended a decades-old armed conflict in the southern area of Mindanao and allowed for a new autonomous Bangsamoro region in the Muslim-majority south to replace the ARMM in return for turning over their firearms to a third party.