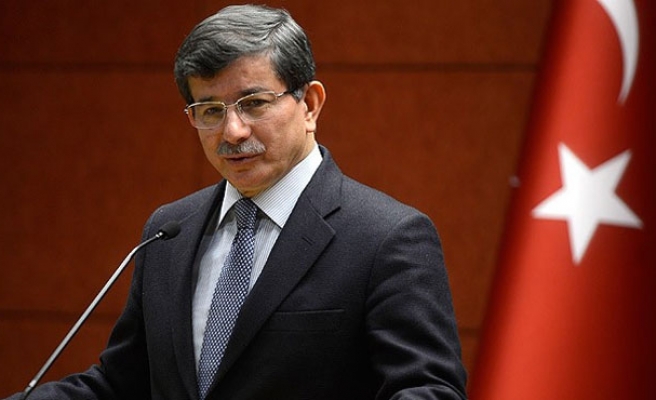 "The Eastern Mediterranean Sea cannot be closed to Turkey or Turkish Cypriots. We will not hesitate to defend our rights in the restricted economic zone of the sea and Cyprus island," he said.

On the occasion of a visit from the Prime Minister of the Turkish Republic of Northern Cyprus Ozkan Yorgancioglu, Davutoglu called for the resumption of settlement talks in Cyprus.

"Our call is clear: Intense negotiations that will lead to a solution, and immediate peace," he said.

As an alternative option before a permanent settlement on the island is reached, Davutoglu proposed the establishment of a joint committee to share out the island's natural resources so as to promote peace on the island.

The Greek-Cypriot administration suspended the most recent talks with the Turkish Republic of Northern Cyprus over the island's future on Oct. 7 after Turkey sent an oil and gas research vessel on a mission off the Cyprus coast.

The move to send a research vessel, with two navy ships, was intended to show that Turkey objected to the Greek Cypriot administration's plans to unilaterally exploit hydrocarbon resources off the island. Both Turkey and the Turkish Republic of Northern Cyprus have called for a fair division of such resources between both sides.

The Turkish Republic of Northern Cyprus was also not included in a meeting of Egypt, Greece and the Greek Cypriot administration in Cairo last week, in which a natural gas strategy for the Eastern Mediterranean region was discussed. A statement after the three-way meeting called on Turkey to "cease its operations within the maritime boundaries of Cyprus."

Davutoglu said that the resources on Cyprus belong to all people of the island, so one side does not have the right to monopolize the energy resources off the island's coast.

For his part, Premier Yorgancioglu called on the Greek Cypriot side to put an end to their "escape from the negotiating table."

He emphasized that the solution to the problem is clearly stated in a joint declaration that brought both sides back to the negotiating table in February after a two-year hiatus.

Yorgancioglu emphasized the importance of having the Greek Cypriot side immediately return to the negotiating table, so that a permanent settlement for the island may be achieved, one which will be of much greater benefit for the Greek Cypriots as well as for supporting peace in the wider region.

"It is vital to maintain stability on the island to ensure its economic development," he added.