His comments came after claims that Turkey backed the Islamic State of Iraq and Levant (ISIL), who abducted 49 Turkish consulate staff members in Mosul 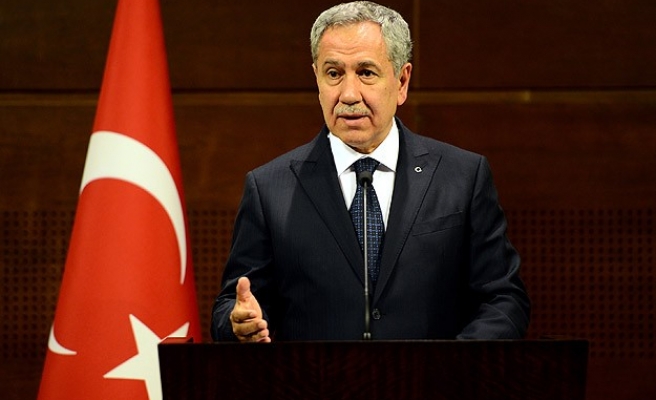 Turkey has not encouraged anyone to fight in Syria or Iraq, said Turkey's deputy PM Bulent Arinc refuting claims that Turkey has supported groups fighting either for or against the Assad regime.

His comments came after claims that Turkey backed the Islamic State of Iraq and Levant (ISIL), who abducted 49 Turkish consulate staff members, including the consul-general and family members in the Iraqi city of Mosul - Iraq's second largest.

The group, which has held control in western Anbar province since January, have captured several cities and towns, including Tikrit, Samarra and Tuz Khormato in the Salahuddin province.

"Has Turkey provided any weapons or financial aid? Absolutely not, and the whole world knows this," Arinc told reporters on Friday.

He said that the Turkish truck drivers and Consulate staff were in a "safe place" adding that officials held phone calls with them (the abductees) and they were not ill-treated.

Responding to claims that the truck drivers were released, Arinc said " there are some reports... but they are not in a situation where they can return to Turkey by their vehicles."

He said that the attack on the Turkish Consulate and the kidnappings of Turkish staff does not mean that Turkey has become a target.

He expressed hope that Turkey would get good news soon and added that the process of negotiation is delicate as ISIL is not a state body but an organization.

"Turkey should activate the consultation mechanism with regional countries," Gunes said, and he stressed, " Turkey should never do something alone (on Mosul)."