Erdogan aide says visa row with US can be resolved 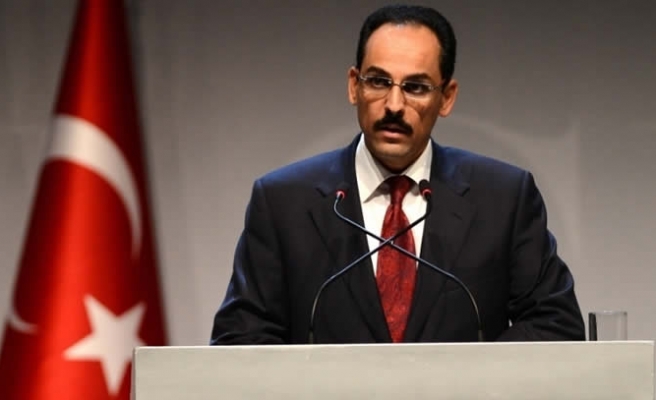 Turkey has called for its judicial process to be respected as it deals with the case of a U.S. Consulate staff member whose arrest led to a diplomatic row.

The arrest last week of Metin Topuz, a long-standing Turkish employee at the Istanbul mission, over alleged ties to the Fetullah Terrorist Organization (FETO) led to the suspension of some visa services between Turkey and the U.S.

FETO is said to have orchestrated last year’s attempted coup in Turkey and thousands have been arrested over ties to the group.

Another Turkish member of staff at the consulate was summoned for questioning on Monday.

“There is an ongoing judicial process in Turkey,” presidential spokesman Ibrahim Kalin told reporters as he visited a business summit in Istanbul.

“The taking of testimonies and inquiries [into] these people continues. Let the jurisdiction make the necessary decision about this issue.”

He added: “The U.S. or any other country should respect the legal procedure in Turkey.”

Kalin said a constructive attitude and the recognition of Turkey’s judicial independence could see the dispute resolved within a day.

“Away from a revanchist attitude, we hope that they adopt a positive and constructive attitude in solution to this issue, within the frame of legal and diplomatic laws.”

He added: “For us, there is not a complicated picture. The suspension of visa applications is quite a simple issue. It can be solved in a day.”