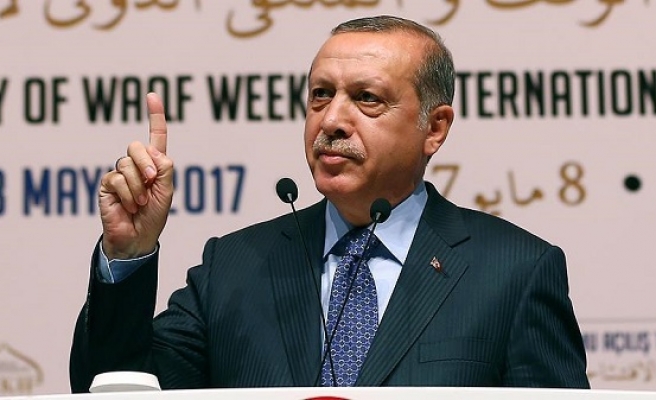 President Recep Tayyip Erdogan said on Saturday that those responsible for the mosque attack in Egypt had no relation with Islam.

At least 305 people were killed and scores injured when attackers bombed a mosque in the town of Bir al-Abed in North Sinai and then opened fire on fleeing worshipers on Friday.

"How can we call them Muslims? They are murderers, they have no relation with Islam," he said, addressing a graduation ceremony of non-commissioned officers in northwestern Balikesir province.

He added: "This assault targeting our brothers during Friday prayers shows the un-Islamic face of Daesh."

Speaking about the recently-concluded Sochi summit Erdogan said: "[It] is an effort to prevent human tragedy in Syria."

During the meeting at the Black Sea resort, the three leaders had agreed on gathering a congress of Syrian groups to advance a political solution for the war-torn nation.