Turkish president restates that "What women need is to be equally respected, rather than equal" 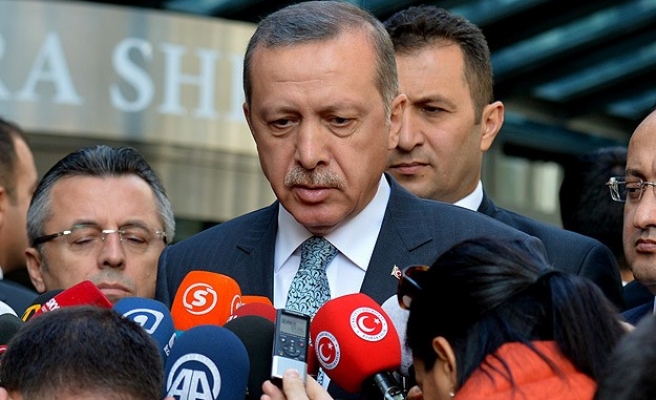 Speaking at the 18th International Business Forum in Istanbul, Erdogan said, "It is very clear that I have been working for years to strengthen the women's movement."

"I exactly meant that what women need is to be equally respected, rather than equal, but the media reported my remarks as 'women and men are not equal at all.' The media distorted my words," he said.

Insisting that his government has always been on the side of women in their struggle for equal rights, Erdogan said "We will not tolerate media's current defamation campaign against Turkey."

On Monday, attending the International Women and Justice Summit in Istanbul, Erdogan had criticized feminism: "You cannot claim that men and women are equal, as their natures are different. In the work place, you cannot treat a man and a pregnant woman in the same way."

Criticizing the media, Erdogan said: “They have lies, they have hypocrisy, they have insults. The only thing they are lacking is honesty.”

“Nobody can throw mud at me or my friends on this matter given that my record on defending women's rights throughout my more than 40 years of political struggle speaks for itself,” he said.