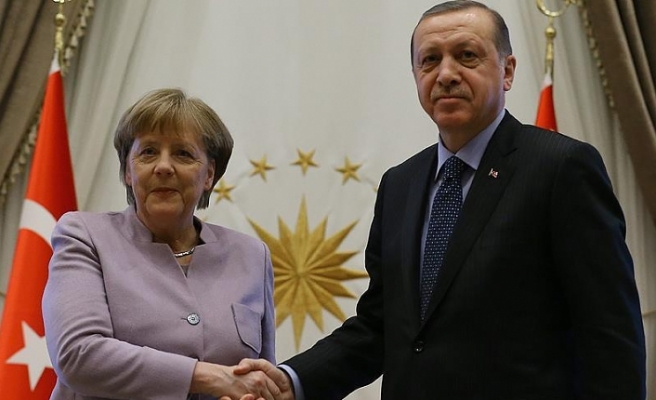 Turkey's president and Germany's chancellor discussed developments in Syria and irregular migrants going to Europe in a phone conversation on Sunday, according to statement from the presidency.

The two leaders agreed to keep in close contact in the wake of an October summit on Syria as well as the aftermath of the surprise U.S. decision to withdraw its forces from the country.

On Oct. 27, Istanbul hosted the first-ever quadrilateral summit on Syria. Turkish, Russian, French and German leaders discussed the situation in the country and offered a plan for crisis resolution.

On Dec. 19, U.S. President Donald Trump announced that the U.S. would withdraw its troops from Syria. His decision followed a phone call with Erdogan in which the two leaders agreed on the need for more effective coordination over the civil war-torn country.