Turkish president repeats claim that Muslims first set foot on Americas, says those "ridiculing" lack confidence on their own civilization. 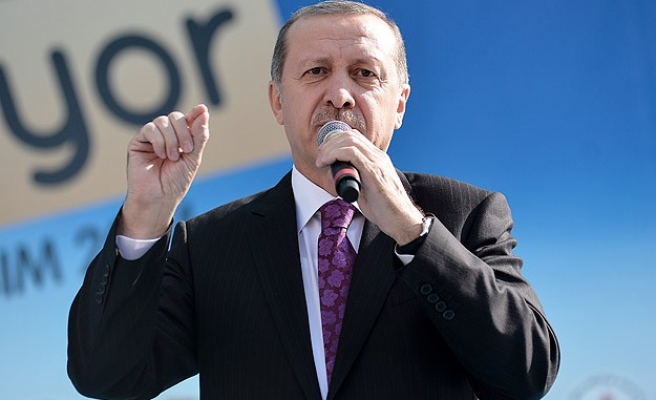 "Those who ridicule our claim that Muslims discovered the Americas are the ones lacking self-confidence in their own history," Turkish President Recep Tayyip Erdogan said on Tuesday.

Speaking at the inauguration ceremony of some 155 new schools in Turkey's capital Ankara, Erdogan repeated his claim last week that while the discovery of the American continent has been attributed to the Genoese explorer Christopher Columbus, there are records that show Muslim navigators had already reached the continent.

"This is not my personal claim. This claim was raised by a number of historians before, including history professor Fuat Sezgin. I expressed this claim on the basis of research by scholars who are specialized in Islamic history," Erdogan said.

"But in the international arena, our own youth started ridiculing us on that claim. Why do they oppose this? Because they have never believed that Muslims could make such achievements. This is the estrangement towards one's own history," he lamented.

The contribution of Islamic civilization to science and arts heritage is much more than those actually told by Western discourses on history, he continued.

"Our youth should have self-confidence, realizing that their ancestors highly contributed to civilization, science and arts," he added.

"If the history of science had been written objectively, it would have been acknowledged that the Middle East made a larger contribution to the arts and science than is currently known. I cannot allow a historic conception written by hegemons to break our self-confidence," Erdogan said.

Last Saturday, Erdogan claimed that Muslim navigators discovered the American continent in 1178, some 314 years before the Genoese explorer Christopher Columbus. His claim was challenged by international community.