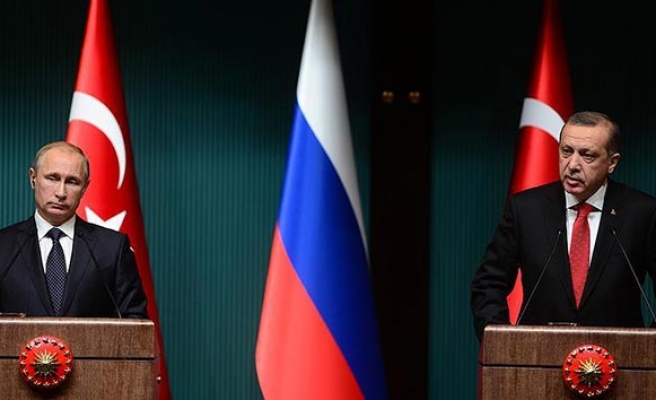 President Recep Tayyip Erdogan and his Russian counterpart Vladimir Putin discussed regional issues and the economy over the phone, a Turkish presidential source said on Saturday.

The two leaders agreed to coordinate and cooperate closely in regional issues, including the Astana process on Syria, during the conversation which was held in the early hours of Saturday, said the source, speaking on condition of anonymity due to restrictions on talking to the media.

Both leaders also expressed satisfaction over the mutual trade volume which has increased by 21.7 percent in the first eight months of 2017 compared to the same period of the previous year.

Stressing further cooperation in economy, energy and trade, the leaders emphasized that the reciprocal visits made an important contribution to the strengthening of the alliance between Turkey and Russia.

Russia, Turkey, and Iran have held the Astana talks, held in the Kazakh capital parallel to UN-backed discussions in Geneva, to find a political solution to the six-year conflict in Syria.