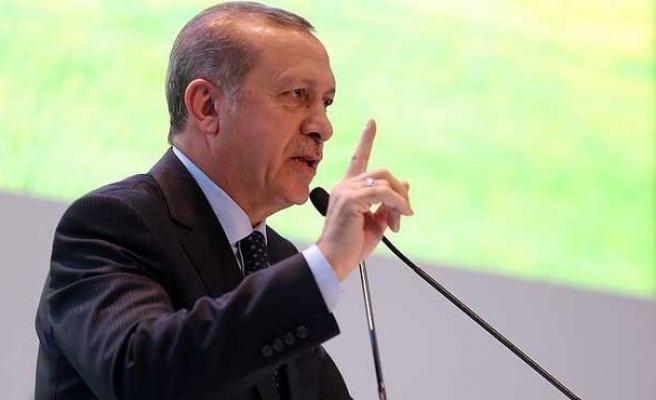 President Recep Tayyip Erdogan on Saturday called Turkey a "gate of hope" for the oppressed people and victims in the world.

"Today, the gate of hope for all the oppressed people and victims in the world is Turkey. This is the main reason why we are the targets of the bloody terrorist organizations," Erdogan said in a message commemorating Oct. 29 Republic Day of Turkey.

"We will not allow the swarms of killer as ISIL, PKK, PYD/YPG and FETO to keep us from our targets. We carry on towards our 2023 goals by fighting against the headlines, conspiracies pawns that are continuously thrown at us," he said, referring to negative stories about the country on western media.

The glorious resistance against July 15 treachery last year at the cost of 250 martyrs and 2,193 veterans is the indication of this spirit, he added.

"That night, all members of the Turkish nation including the young or the old and the women or the men have protected the gains of the Republic," Erdogan stressed.

The PKK is listed as a terrorist organization by Turkey, the U.S. and the EU.

PKK/PYD is considered by Ankara as the Syrian offshoot of the PKK terror organization that has waged a more than 30-year war against the Turkish state.

The president said regarding the Turkish War of Liberation, the ones rushing into Anatolia to loot the inheritance of the Ottoman Empire, whom they named “sick man”, were devastated by the courage, determination and fight that Turkish nation revealed and “they went back as they came,” just as in the words of Mustafa Kemal, founder of the Republic of Turkey.

Erdogan celebrated the Republic Day and 94th anniversary of the Proclamation of the Republic of Turkish citizens, who live in or outside of the country.