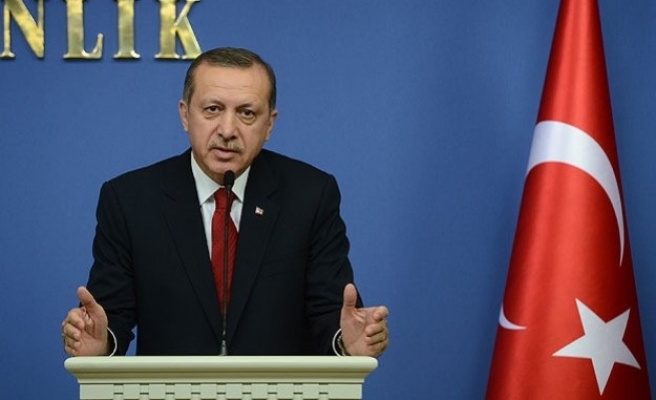 The Syrian armed opposition is ready to fight as part of Western operations against the radical militants in Syria as soon as the necessary support is made available, Turkish President Recep Tayyip Erdogan said Monday.

"The Syrian armed opposition is ready to conduct ground operations. The details on where they will fight and all other preparations are ready," Erdogan said in a joint press conference with his Lithuanian counterpart, Dalia Grybauskaite.

The establishment of a safe zone at the border will also be important for the ground operations as well as in relieving Turkey's important share in hosting Syrian refugee, Erdogan said.

"We arrived at a preliminary agreement in our meeting, one that is not legally binding. Efforts are continuing through our respective energy ministries. If this project is realized, both Turkey and Europe, if they so choose, will be able to receive the natural gas they require," Erdogan said.

The construction of a new pipeline to Turkey across the bottom of the Black Sea was announced on Dec. 1 during Russian President Vladimir Putin's state visit to Turkey.

The new Turkish pipeline is to replace the South Stream pipeline to Europe via the Balkans, which Russian authorities have decided to renounce. Russia is seeking an alternative route to the pipeline that runs through troubled Ukraine to bring its gas to Europe.

TANAP is projected to transport natural gas from the Azerbaijani Shah Deniz 2 field on the Caspian Sea, and from other Azerbaijani fields, through Turkey to Europe.

The Trans Adriatic Pipeline will connect with TANAP on the east side of the Greek-Turkish border, and will cross to northern Greece, Albania and the Adriatic Sea to connect with the Italian natural gas network in southern Italy.

Erdogan regretted the failure of the Nabucco project, a projected pipeline which was intended to bypass Russia in transporting gas from the Caspian Sea to Europe via Turkey.

"Nabucco could not be put in place because of the lack of gas suppliers, and because the necessary capital could not be provided by the West," Erdogan said.

Erdogan pointed out that the two countries seek to increase trade volume from the current $600 million to $1 billion. Erdogan also expressed satisfaction for the important number of Lithuanian tourists who visit Turkey.

Erdogan also thanked his counterpart for her country's decisive support for Turkey's bid to join the EU.

"Turkey's EU membership process is an area in which Lithuania can be helpful. We are always ready to share our experience with the organization," Grybauskaite said.

The Lithuanian president also said that the two countries aim to boost their cooperation on security as NATO members.

"It is important to agree about combating the challenges in our region, to make a timely answer to them,"  Grybauskaite said. "Our targets are not easy to deal with."

Grybauskaite also praised the work of the Erasmus program for European exchange students.

"Within the scope of Erasmus program, Lithuania hosts many Turkish students every year. The fact that our universities are one of the most chosen ones makes me happy," she added.