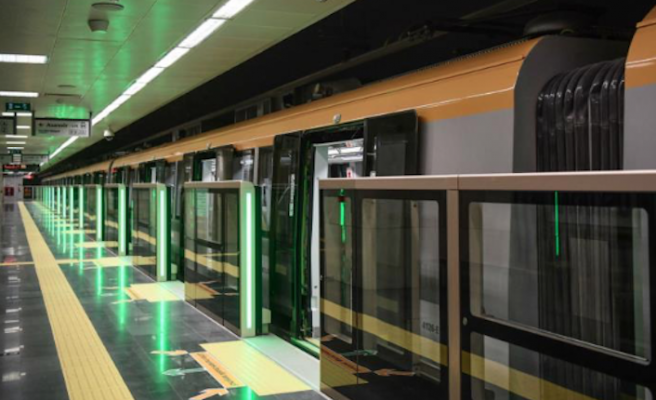 Turkish President Recep Tayyip Erdogan will attend on Sunday the opening ceremony of a driverless metro line on the Asian side of Istanbul.

A 20-kilometer (12.42-mile) portion with 16 stations of the Uskudar-Umraniye-Cekmekoy metro line will be inaugurated, the Istanbul Metropolitan Municipality said. It will connect Yamanevler-Cekmekoy-Sancaktepe.

Test drives were conducted in September and the line received the "international security certificate".

Some 700,000 people are expected to use the metro line on a daily basis.

Uskudar-Umraniye-Cekmekoy metro is the first driverless metro line of Turkey. Its first stage was completed and opened last December.