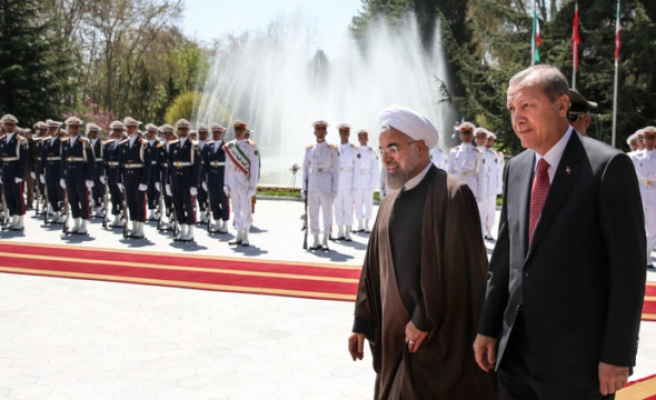 President Recep Tayyip Erdogan will pay an official visit to Tehran on Wednesday to discuss bilateral relations as well as regional and global issues, according to the president's press office.

The visit comes upon the invitation of Iranian President Hassan Rouhani, a statement on Tuesday said.

During the visit, Erdogan is scheduled to meet his Iranian counterpart and the country's religious leader Ayatollah Khamenei.

The leaders are expected to have talks over current regional and international issues, and in particular Iraq and Syria, the statement said.

The first HLCC meeting was held in Turkish capital Ankara on June 9, 2014, when Erdogan and Rouhani emphasized the importance of improving economic and commercial relations "which will further the well-being of the peoples of their region and contribute to the improvement of regional stability."

The two countries agreed that cooperation between the Turkish and Iranian armed forces should be strengthened in the areas of human trafficking, drug trafficking, and ensuring regional security.

They also reached a consensus on the fight against terrorism and border security.