President Recep Tayyip Erdogan has said the UN Security Council should take action against Israel for its raid on the al-Aqsa mosque. 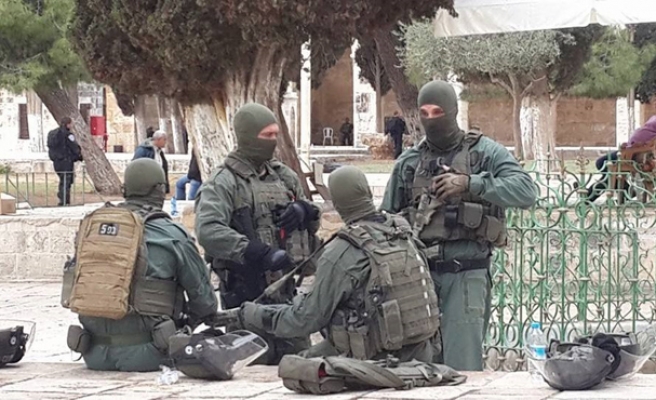 The president also commended Madani for organizing a meeting about the Israeli violations within the organization’s al Quds Contact Group, which was established in 2013 to provide support for Palestinians.

Tension has been running high in the region since late last month, when Israeli authorities temporarily closed the al-Aqsa Mosque complex in occupied East Jerusalem after an extremist Jewish rabbi was injured in a drive-by shooting in West Jerusalem.

Unrest mounted further when Israeli forces killed a young Palestinian man, who was suspected of shooting the rabbi, in a raid on his East Jerusalem home.

Further aggravating the situation, several Israeli MPs have entered the al-Aqsa complex in recent weeks, drawing the ire of Muslim worshippers and official condemnation from Arab and Muslim countries.

At least two Israelis – one police officer and one settler – were also reported killed and a number of others injured over the past week.

For Muslims, the al-Aqsa mosque represents the world's third holiest site. Jews, for their part, refer to the area as the Temple Mount, claiming it was the site of two Jewish temples in ancient times.