Erdogan vows to destroy all terror camps in Iraq, Syria

We are determined to eradicate terrorism beyond our borders, Turkish president says 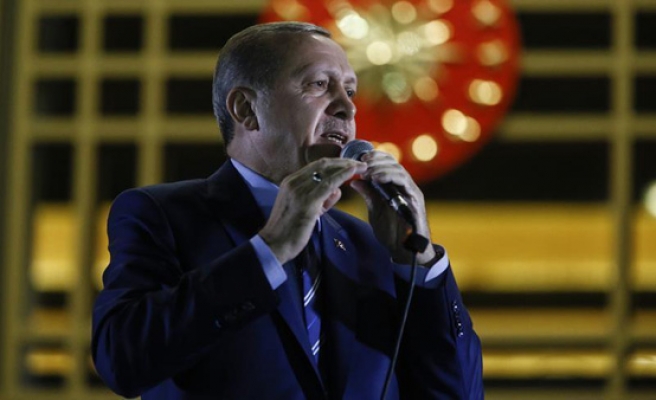 Speaking at an opening ceremony of multiple projects in western Manisa province, Erdogan said they are determined to eradicate terrorism beyond Turkey's borders.

The president recalled Operation Euphrates Shield -- an anti-ISIL operation of the Free Syrian Army backed by Turkish military -- in northern Syria that cleared ISIL terrorists from Jarabulus and Al-Bab earlier this year and also the ongoing military deployment in another Syrian city of Idlib.

“We will destroy every terror camp we identify in Iraq and Syria,” he said.

There is “nothing more important for us than the survival of our country and nation,” he said.

"It is our fundamental right to hit terrorists wherever they are located," he added.