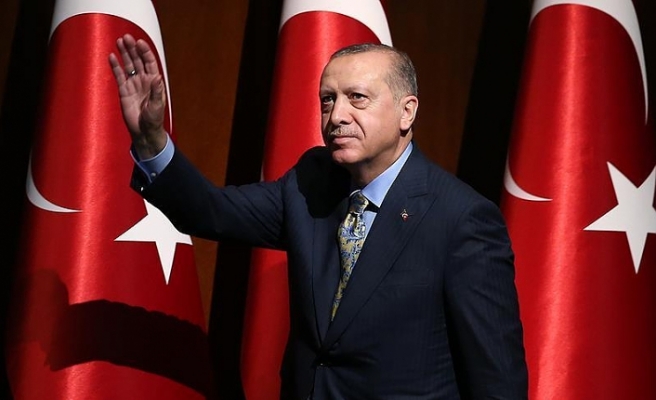 Turkish President Recep Tayyip Erdogan on Monday wished "peace and tranquility" for all humanity across the world in 2019.

In his message for New Year's, Erdogan said: "We side with stability, justice, tolerance and peace across the world, together with our region."

“Through this understanding, we defend the rights of Jerusalem, Damascus, Baghdad, Cairo, Tripoli, Sarajevo, and Crimea.

Turkey is “not responsible for the incidents in our region and will not be a victim of them,” Erdogan said.

“Developments in Syria are the result of these efforts,” he added.

The Turkish leader had signaled that a cross-border operation against the terrorist PYD/YPG in Syria would happen soon. Since 2016, Ankara has successfully carried out two similar military operations in northern Syria.

Syria has been locked in a vicious civil war since early 2011 when the Bashar al-Assad regime cracked down on protesters with unexpected ferocity.

In its more than 30-year terror campaign against Turkey, the PKK -- listed as a terrorist organization by Turkey, the U.S. and the EU -- has been responsible for the deaths of nearly 40,000 people, including women and children. The PYD is its Syrian branch.