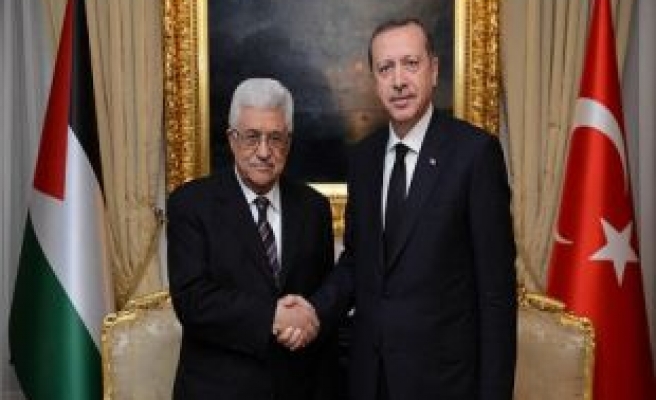 Bahar made the remarks in an interview during his visit to AA headquarters in Ankara Wednesday.

"We obviously see Erdogan's efforts in resolving the Palestinian issue and ending the Israeli occupation," the deputy speaker said.

He also welcomed the Turkish president’s recent statement about the al-Aqsa Mosque in which Erdogan equated any attack on Islam’s third holiest site to an attack on Turkey.

Erdogan had condemned recent Israeli attacks on the mosque in the strongest words. “That attack is an attack on Turkey,” he said.

Bahar believed the salvation of Palestine could be achieved through the leadership of Erdogan. Also, the deputy speaker said Turkey had a past history in the Palestinian territories, which made its role in solving the conflict more crucial.

Tensions in East Jerusalem have run high since late last month, when Israel shutdown the al-Aqsa Mosque compound for several hours after an extremist rabbi was injured in a West Jerusalem drive-by shooting.

A number of Israeli parliamentarians had also forced their way into the mosque complex in recent weeks, which further aggravated the situation and drew the ire of Muslim worshippers and Muslim countries.

"Israel wants to destroy al-Aqsa and tries every way to do this," Bahar said.

About official recognition of Palestine as an independent state in recent weeks by some Western countries, Bahar said "it is pleasing for us to be recognized officially, but it is not enough."

Lately, Europe has been swept by a wave of support for Palestinian statehood as the peace process between Palestinian and Israeli leaders remains deadlocked.

Last month, Sweden became the latest EU country to recognize Palestine as a state. The U.K. and Spanish parliaments as well as the Irish Senate have also all delivered non-binding endorsements.

For Muslims, al-Aqsa represents the Islam's third holiest site. Jews, for their part, refer to the area as the Temple Mount, claiming it was the site of two Jewish temples in ancient times.