Greece’s immigration minister says, ‘We cannot say in any way that this agreement has collapsed or has not been implemented’ 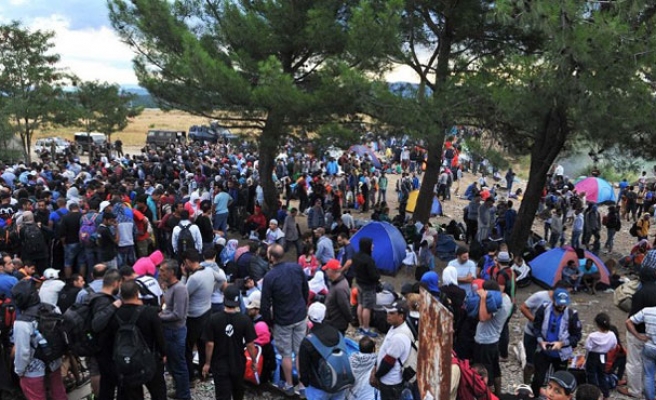 The refugee deal between Turkey and the European Union is “very important for Greece”, said Greece’s immigration minister on Wednesday.

“We cannot say in any way that this agreement has collapsed or has not been implemented. This deal is very important for us,” Ioannis Mouzalas told reporters in the capital Athens.

In March 2016, Turkey and the EU signed a refugee deal which aimed at discouraging irregular migration through the Aegean Sea by taking stricter measures against human traffickers and improving the conditions of the 3 million Syrian refugees in Turkey.

Joel Millman, a spokesman for the International Organization for Migration, said on Tuesday that the number of asylum-seekers crossing into Greece had fallen sharply due to measures adopted by Turkey last year after the deal.

However, Mouzalas said that as of August there was some increase in the number of the refugee crossings to the Greek Islands.

On the living condition of refugees on the islands, Mouzalas said he wrote letters to the mayors of the islands, calling for them to take necessary measures. If necessary, refugees could be accommodated in military ships, he added.

Mouzalas also said that there has been a 27 percent rise in family reunification this year compared to last year.

However, Mouzalas did not take the blame for the slow process. "We asked for two charter planes from Germany but we got no reply,” he said.

Earlier today, a group of refugees stranded in Greece started a hunger strike in Athens, in a protest of delays in reuniting with relatives, mainly in Germany.

More than 100 refugees, including many children, staged a protest in the center of the city. Some of them held banners saying "Borders destroy families" or "I want to go to Germany."

Over 60,000 refugees mainly from war-torn countries Syria and Iraq have been stranded in Greece as the Balkan route has been shut down. Many of them still aim to reach wealthy European countries.