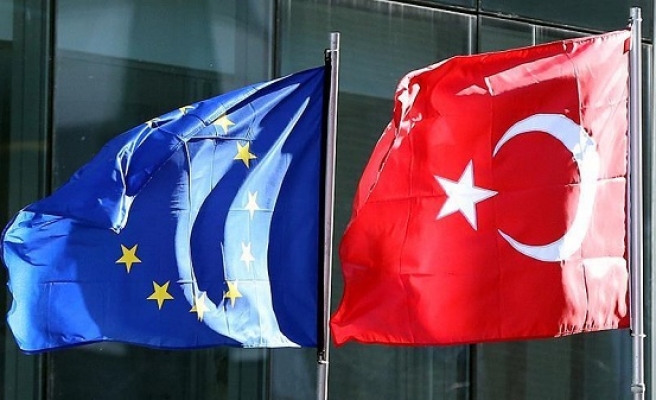 “Europe is much more in need of Turkey than Turkey is in need of Europe,” the president of an Islamic think-tank has told AA.

Wadah Khanfar, president of Al Sharq Forum said Europe was "becoming weaker with Britain's leaving" it and "with an economic crisis in Europe, Turkey would have a better hand in the future.

“That’s why Turkey’s position is much stronger right now; they can even negotiate for a much better deal in the future,” he said.

Speaking to AA in London at the “Europe and its Neighbours” conference organized jointly by Al Sharq Forum and Chatham House, Khanfar said Turkey is strategically re-positioning itself and it is much more distant from Europe than any other time before.

Al Sharq Forum, founded in 2012, calls itself an independent international network with a mission "to undertake impartial research and develop long-term strategies to ensure the political development, social justice and economic prosperity of the people of Al-Sharq [Arabic for The East]”.

Also pointing out that Turkey has been in NATO with a European perspective for the past 60-70 years, Khanfar said Turkey’s rapprochement with Russia in strategic deals, is weakening Europe.

Khanfar said a Turkey-Russia partnership and “bringing Iran into that form of understanding…might create sense in Syria, in Iraq and also in the region”.

Khanfar underlined that conflicts in the Middle East region had reached a point where they are directly affecting Turkey more than they are affecting Europe and it “cannot afford to watch the developments without doing anything”.

He said the Europeans’ approach to the Middle East has been dominated of policies depending on regional dictators to reach “what [is] perceived as stability or fake stability”.

“Europe is not anymore defending the cause of the freedom and democracy.”

“Turkey’s economy is growing much better than European economies and Turkey really does not need Europe, in a way.

“It needs Europe not to interfere in its domestic affairs. Because the dubious relationship with the [July 15, 2016] coup and after the coup, and many other complications… did not really help actually getting Turkey to be close to Europe”.

Khanfar said Europe has “double standards … regarding our region”.

“But when it comes to Turkey they are trying to breach certain kind of values… and trying to interfere with the domestic politics.”

Khanfar added that he wondered if those “double standards were driven by interest or ideology.”