Beyond Turkey’s borders, there is a crisis of legitimacy and regime failures, former U.S. Ambassador to Turkey Francis Ricciardone has said. 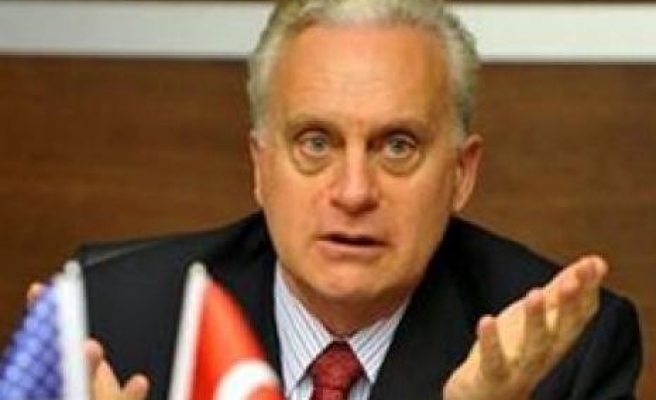 Beyond Turkey’s borders, there is a crisis of legitimacy and regime failures, former U.S. Ambassador to Turkey Francis Ricciardone said Wednesday.

Ricciardone made the remarks at the Atlantic Council Energy and Economic Summit 2014, which kicked off in Istanbul Wednesday.

The summit discussed legitimacy, conflict and failure of regimes in the Middle East.

"Turkey is a functioning state and a modern democracy," the former ambassador said. "But, beyond Turkey's borders, there is a crisis of legitimacy and regime failures."

Soner Cagaptay, Director of the Turkish Research Program at The Washington Institute, said that since the Arab spring, all the republics in the region had failed, but not the monarchies.

The Arab spring revolution in the Middle East, which began in Tunisia in 2011, triggered a series of uprisings against ruling regimes across the region. Those uprisings ultimately led to the ouster of longstanding strongmen in Tunisia, Egypt, Libya and Yemen, and brought about a civil war in Syria.

Cagaptay said the ISIL was a unique challenge for Turkey because of the group’s close proximity to Turkish borders.

"Turkey is alienated and isolated in eastern Mediterranean now with its southern border open to risk from the ISIL," he said.

Also, the group has recruited large numbers of soldiers from Sunni tribes and Iraq’s former Ba'ath party members, who help provide the know-how for building a state.

Barry Pavel, Vice President and Director at Brent Scowcroft Center, said nation states had to now deal with traditional and non-traditional actors as well in the volatile scenario in the region.

Barbara Slavin, a non-resident Senior Fellow at South Asia Center of Atlantic Council, said Iran was both the problem and solution in the region.

"The Iranian regime is still legitimate because of its popular support and cohesiveness as a nation," Slavin added.

"From the beginning, the Assad regime in Syria has followed a sectarian strategy for survival," Hof noted.