An Istanbul blast on a busy shopping street was caused by a suicide attack, two people have killed so far, including the bomber 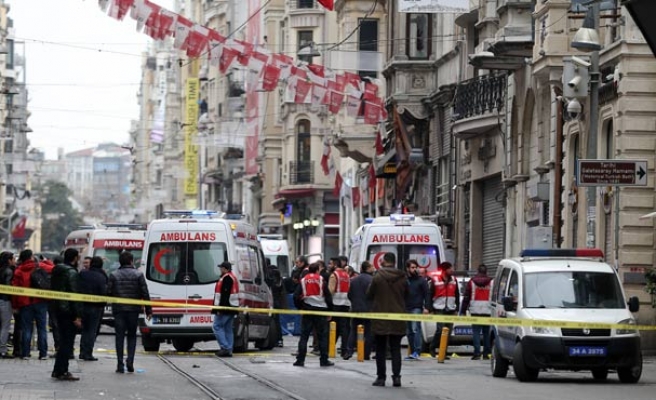 Five people, including the bomber, were killed and twenty others injured in a suicide attack on a major shopping street in Istanbul on Saturday, Turkey's CNN-Turk television reported.

The attack took place on Istiklal Caddesi, a pedestrian street usually thronged with shoppers and strollers on the weekend.

The police had sealed off part of the street, which adjoins Taksim Square in the European part of the city.

Several ambulances were at the scene, television images showed.

Turkey, which has been rocked by five major bombings since July, had been on high alert for further attacks ahead of Kurdish New Year celebrations on Monday.

The blast in Istanbul comes six days after a suicide car bombing in the capital Ankara which killed 35 people.

The attack was claimed by Kurdish rebels.

Turkey has also repeatedly been targeted by ISIL in recent months.