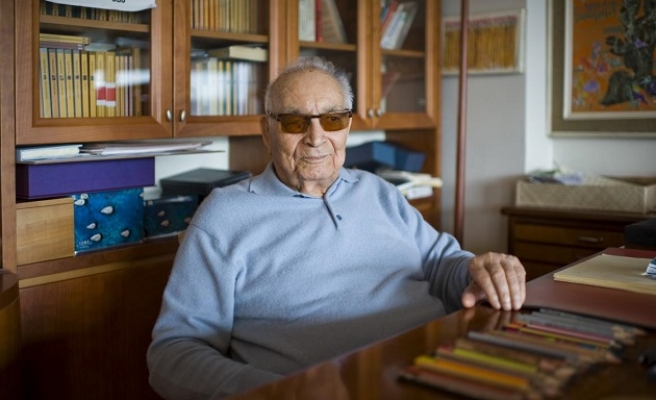 Turkey's novelist Yasar Kemal passes away aged 92 in the hospital where he was being treated. He was the most famous author of Turkey's literature.

The author, whose works have been published in dozens of languages, was Turkey's first candidate for the Nobel Prize in Literature.

Kemal, who wrote more than 20 novels and nearly 10 experimental works, besides short stories, is also famous for recreating Turkish as a literary language.

Having both Turkish and Kurdish origins, the author has won numerous international awards and honors including the Cino del Duca World Prize in 1982 and was awarded the Légion d'Honneur in 1984.

The author's most prominently recognized novel, "İnce Memed" (Memed, My Hawk), has been published in 40 languages. Over 140 editions of his work have been published outside of Turkey.