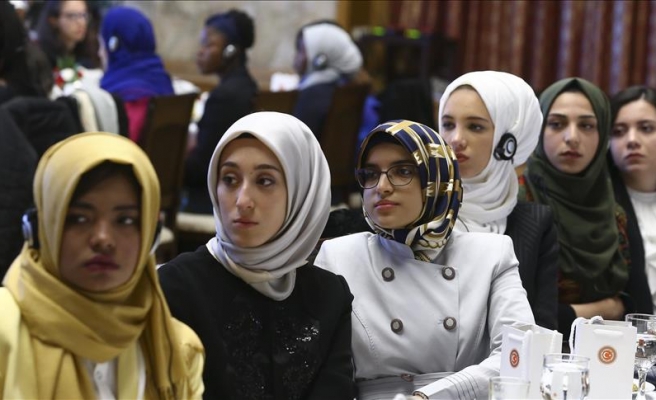 The parliament on Friday hosted 55 young female leaders from 50 countries under a special program organized by the Organization of the Islamic Cooperation's (OIC).

Turkey holds the term presidency of the body responsible for women of OIC.

Kahraman told them that Turkey hosts a vast majority of people from around the world, and also gives them financial support.

"Our country is successfully fulfilling their requirements in the education, health and every area of women migrants," said Kahraman.

Unfortunately, he said, aid from the international community for migrants in Turkey had been restricted.

“Turkey reels under a burden which should be shared jointly."

According to official statistics, Turkey currently hosts more than 3.2 million Syrians who have fled since the beginning of the civil war.

Ankara calculates it has spent at least $30 billion on helping refugees of the country.

Kahraman also called on the international community to find solutions for the migrant crisis.

The international community “should focus on the issues which push people to become a migrant and to have unjust suffering," he added.

According to the UN, the number of international migrants -- persons living in a country other than where they were born -- reached 244 million in 2015 world over.