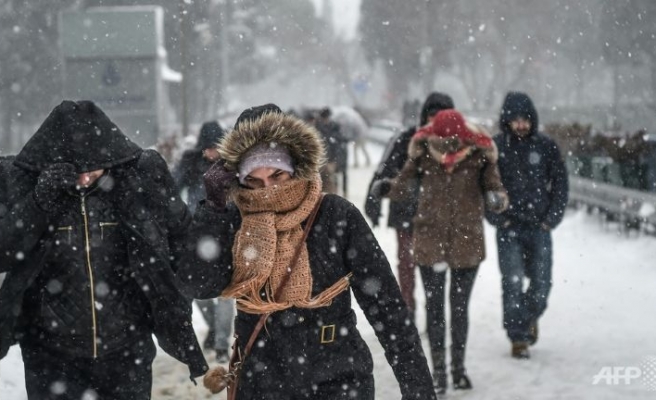 Turkey’s capital on Tuesday got its first snowfall of the season, while residents of the northwest, north, and east also got a taste of November snow.

In the capital Ankara, snowflakes were seen in the early morning in the Cankaya district’s neighborhoods of Dikmen, Oran, Incek and Ahlatlibel.

Ankara Municipality took measures to guard against mishaps and also urged drivers to use caution.

In Uludag, with lows of 7 degrees below zero and highs of just 2 below zero, snow is expected to continue falling through Tuesday and Wednesday.

On the Bursa-Uludag Highway, snowfall and ice left many vehicles stuck on the road, unable to move.

In Bolu, snowfall slowed down traffic on the Anadolu Highway and Bolu Mountain section of the D-100 highway.

With snow piling up to 10 centimeters (nearly 4 inches), officials warned motorists to drive with care.

In the northwestern Duzce province, 10 centimeters of snow was seen in the Topuk, Guzeldere, and Karduz areas.

Snow blanketed the Usak province in western Turkey, with accumulation of three centimeters in the city center, and 10 centimeters in upper elevations.

Many residents of Usak enjoyed the snow.

In the northern Karabuk province, snowfall disrupted transportation along the Karabuk-Bartin Highway and in Bestepeler and some other areas.