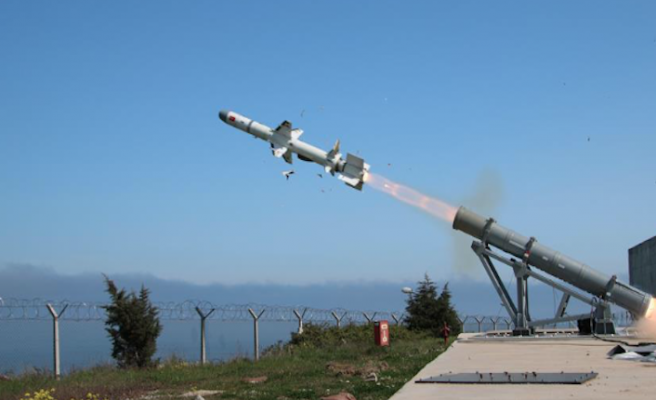 The Atmaca surface-to-surface guided missile is meant to bolster sea-based deterrence, the SSB said in a statement.

The agreement for mass production of the missile was signed between the SSB and missile producer Roketsan, it added.

Under the agreement, the equipment and spare parts for the missile’s fire control system will be produced by leading Turkish defense company Aselsan.

The Atmaca project was launched to meet the need for naval cruise missiles to be deployed in the Turkish Naval Forces MILGEM national warship program.

The MILGEM -- Turkey's first indigenous warship program -- was realized with over 65 percent domestic industry participation, with more than 50 domestic companies contributing to the project, according to the SSB.