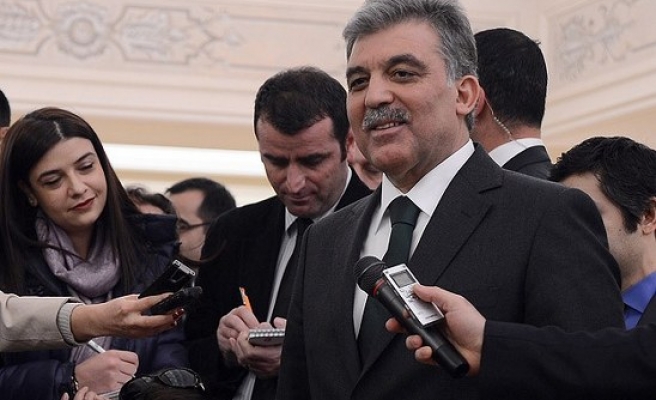 Gul called the remarks attributed to him in the article "fallacious" and "unreal."

The story entitled "Turkey doomed to fall under Erdoğan: Ex-President", which was posted on the website late on Friday, said: "Ankara is doomed to collapse if it continues its foreign policy on Iraq and Syria."

Press TV quoted the former president as criticizing President Recep Tayyip Erdogan's policies for the Syrian crisis, and said, "I am sure that one day (God forbidden [sic]) the chickens of Erdogan’s past follies in Syria will come home to roost."

"The story published Friday on Press TV, supposedly based on various news agency stories, are completely fallacious and unreal," said Gul in a written statement.

Gul said he had not given such an interview to the Iranian website, and added that the issues in what he called the "fabricated" article were contrary to his own ideas -- he said they were a "figment of the imagination."

The story also attributed remarks to Gul in which he said 'a mutual cooperation existed between Turkey’s National Intelligence Organization, and the Islamic State of Iraq and the Levant militant group.'

Gul denied making any of the remarks attributed to him.