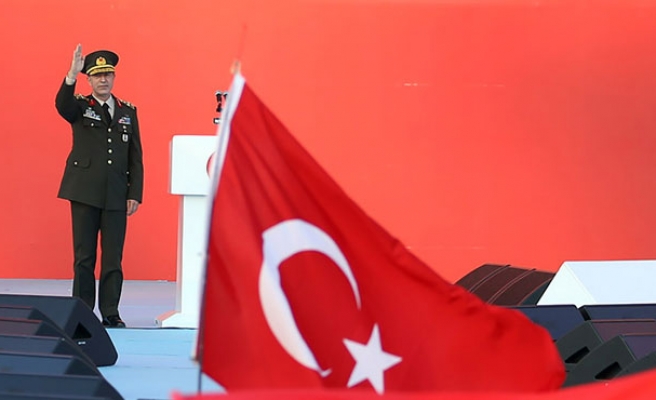 A U.S.-based security forum on Tuesday apologized for using an inappropriate photograph of Turkish Chief of General Staff Gen. Hulusi Akar following a conference in Canada.

"We are sorry for any misunderstanding and inconvenience caused by the photograph that we used from the internet to introduce General AKAR," the Halifax International Security Forum said in a statement.

"We were very proud to host General Hulusi AKAR, Commander of the Turkish Armed Forces, and Minister Omer Celik, Minister of EU Affairs to Halifax," it added.

The apology comes three days after the forum announced on Twitter Akar's speech. The message posted Saturday was accompanied by a photograph of the general sporting a bruise on his throat.

The image was captured two days after the July 15, 2016 coup attempt in Turkey. Akar was strangled by pro-coup soldiers while being held hostage at his office during the first hours of the failed putsch.

The forum deleted the photo from its Twitter account hours later but not before it was heavily criticized on social media by forum participants and Turks.

Akar and Celik were in Canada last week to participate in the Halifax International Security Forum on global security.

The Washington-based forum bills itself as an independent, non-profit, non-partisan think tank.