German spokesman describes Turkish military operation in Syria as a 'bilateral process between Turkey and Syria'. 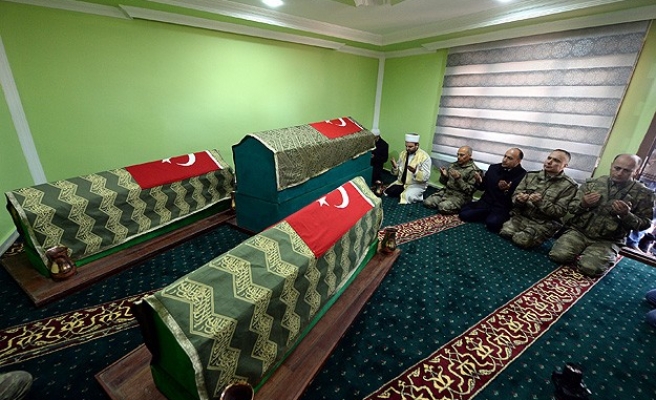 Germany has declined to comment on its views on a military operation launched in Syria by Turkey to recover the remains of Suleyman Shah, the grandfather of Osman I, founder of the Ottoman Empire.

German Foreign Ministry spokesman Martin Schaefer said on Monday that the Shah Firat weekend operation in which Turkey sent hundreds of troops and scores of tanks across Syrian territory to retrieve the remains of Suleyman Shah from his tomb was a "bilateral process between Turkey and Syria".

German Foreign Ministry spokesman Martin Schaefer told journalists at the Federal Press Centre on Monday that German government did not need to voice its position on the military operation.

"This was a bilateral process between Turkey and Syria. However, you should know that Germany exchanged opinion with its NATO partner Turkey on the issue," he added, without specifying what Germany's opinion was.

Schaefer said the German government had known of Turkey's concern over a possible attack on the tomb of Suleyman Shah for a year, and was concerned about Turkey's security amid the threats of the civil war in Syria and of militants from the Islamic State of Iraq and the Levant, or ISIL.

The tomb containing the remains of Suleyman Shah, who was the grandfather of Osman I, the founder of the Ottoman Empire, was relocated on Saturday during the Shah Firat military operation, along with about 40 Turkish soldiers who guarded the territory inside war-torn Syria.

The two-pronged operation began late Saturday and ended on Sunday, during which the remains of Suleyman Shah and sacred relics from the original exclave in Karakozak Village in Munbic, Syria, some 37 kilometers away from the border, were relocated to Turkey.

Turkey gained the right to guard the exclave after a 1921 agreement with France, which ruled Syria at the time, and secured another area in Syria, Ashme, close to the border with Turkey, to serve as Suleyman Shah’s temporary burial place.