Wave of deflation from Asia and Europe will not shake Turkish economy, analysts say. 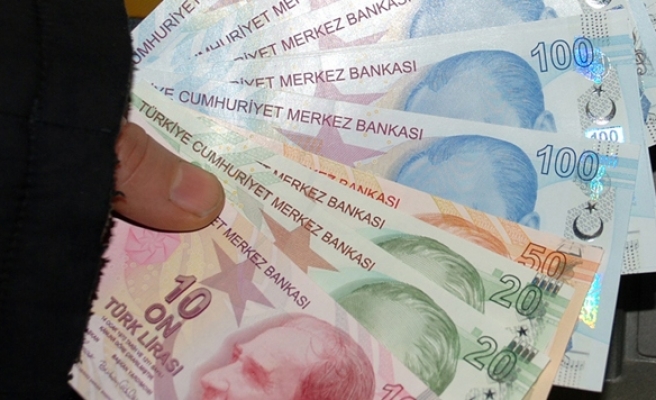 Currency wars, with their dangerous consequence, global deflation, are raging across the globe.

The term "currency war," coined by the Brazilian Finance Minister in 2010, refers to competitive devaluation – central banks employing loose money policies that push their national currencies lower in value than others.

“Currency wars mean exporting deflation,” said Shweta Singh, a senior economist with Lombard Street Research. “Cheaper currency allows countries to export at lower prices; country after country in the past few months has been trying out this strategy. But the Turkish economy seems to be holding its own.”

The Japanese yen has fallen to a seven-year low against the dollar as the government increases the base money supply at an annual level of 80 trillion yen ($730 billion). This puts downward pressure on the Korean won, which has fallen 5 percent in value since September, and other Asian currencies.

The European Central Bank has announced quantitative easing policies that have pushed the euro lower against the dollar – to about $1.29 in September from about $1.34 in August.

And nothing seems able to stop the slide of the Russian ruble.

According to Societe Generale strategist Albert Edwards, a coming yen crash will force devaluations across Asia, and send a tsunami of deflation to the West.

This should mean that cheap exports from all these countries will drive countries like Turkey out of the export markets.

Yet, as Nobel laureate economist Paul Krugman wrote in a recent column: “We can't all export more while importing less, unless we can find another planet to sell to.”

Krugman’s point is being proven in practice.

While Japanese exports have risen sharply, up 9.6 percent in October year-on-year, according to government statistics, the Japanese economy is still mired in recession.

Meanwhile, countries like Turkey are seeing exports remain strong, as export figures rose by 6.7 percent from the previous month in October to reach an all-time high of $12.6 billion, according to the Turkish Institute of Statistics.

And, although the Turkish lira is down 30 percent against the dollar in the past six months, Turkey’s relatively strong currency makes export sales more valuable, and is helping to narrow the country’s current account deficit.

“Under this global deflation fear environment, Turkey’s local rates are well-positioned to continue performing," said Phoenix Kalen, an analyst at Societe Generale. "And let’s never forget, as I have said many times before, that the Central Reserve Bank of Turkey’s DNA is fundamentally dovish. That means that the central bank will cut its policy rate at the very first opportunity.”

Turkey in the third quarter experienced the highest nominal year-on-year sales growth -- 13.4 percent -- among 21 European countries measured, for sales of fast-moving consumer goods in October, according to statistics from Nielsen. And the sales volume was not hindered by rising prices. Turkish fast-moving consumer goods prices rose 3 percent this year, the highest amount in Europe.

But economists point to other problems that Turkey needs to tackle, ones that won’t be solved by reducing interest rates.

"Given Turkey’s still-sizeable current-account deficit and challenging inflation outlook, we believe further rate cuts are not warranted and, if global risk appetite worsens, they may have to be reversed,” Melis Metiner, an economist with HSBC in Istanbul, said in an interview.

Last year’s current-account deficit was $65.1billion and, although it is narrowing, it is still expected to be $49 billion this year, or 5.9 percent of GDP. Metiner thinks that a looser monetary policy will only widen the deficit next year.

Metiner said structural reforms are needed if Turkey is to stay competitive, including a move to exports with greater value-added in order to make higher-margin sales. High-technology content is found in only 2 percent of Turkish exports, a low amount compared with those of other emerging market economies.

But there are challenges in the move to higher-value added exports as well.

“China is in the process of making the same kind of transition,” said Singh, of Lombard Street Research. “And China is gradually taking its currency to a lower value against the major ones. This means Turkey will have to compete with China both in terms of export quality and export prices.”

So a real currency war may be in Turkey’s future, even if today’s monetary conflicts haven’t had much effect on the country.