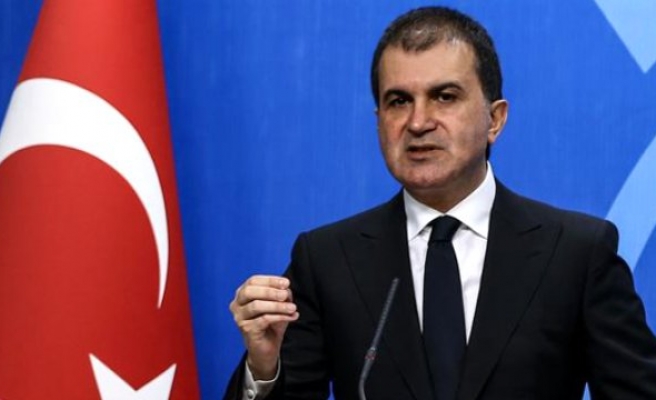 The Greek judiciary has supported "enemies of Turkey" by granting asylum to coup-plotters, the ruling Justice and Development (AK) Party said on Wednesday.

In a Twitter post, AK Party spokesman Omer Celik said, "Greek judiciary sided with Turkey’s enemies and coup plotters with this decree. This is much more serious and shameful than supporting terrorism."

The statement came after the country's General Council of State rejected the government's appeal against the asylum of one of the eight ex-Turkish soldiers who fled to Greece after the July 2016 defeated coup.

"We will never forget who support terrorists by providing arms and who protect coup plotters by judicial decrees.," Celik said.

"Greece suffered a lot from coups in the past but it is obvious now that there are other motives for Greek judiciary to leave the path of law and instead protect coup plotters," he said.

The General Council of State, which is the supreme administrative court of Greece, made its decision on Suleyman Ozkaynakci's case Tuesday, setting a precedent for other cases involving the seven fugitive Turkish soldiers.

A few hours after the July 2016 defeated coup to overthrow the Turkish government, eight ex-military personnel arrived in Greece on a hijacked Black Hawk helicopter and requested asylum.

Turkey immediately issued an extradition request, which was eventually declined by the Greek Supreme Court in January 2017, after a series of trials and appeals.

Turkish authorities accuse the soldiers of being involved in the defeated July 2016 coup and being members of the Fetullah Terrorist Organization (FETO).

In a statement, the Turkish Foreign Ministry said, "This decision not only breaches Greece’s international obligations to combat terrorism, but also constitutes a violation of the provisions of the 1951 Geneva Convention relating to the Status of Refugees.

"By rejecting the extradition of the putschist traitors, Greece has prepared the ground for such decisions, which offends the conscience of the Turkish nation."