Former Turkish president says instability spreading across Mideast due to inability to find solution in Palestine. 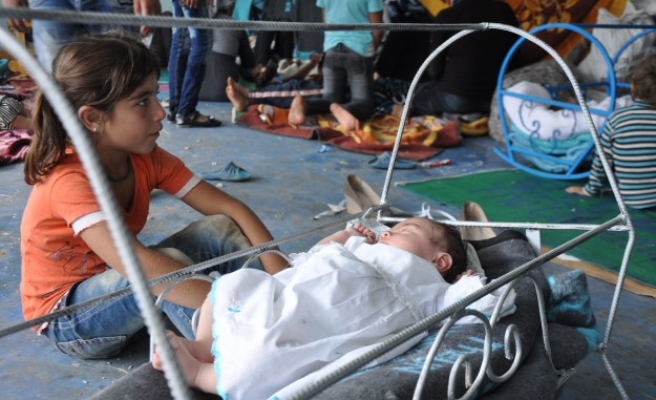 The turmoil raging across the Middle East has the Israeli-Palestinian conflict at its core, Turkey’s former president told a London think tank.

Abdullah Gul said the conditions for insurgency and instability across multiple countries in the region were created because of a long-lasting inability to find a solution in Palestine. He told members of the Chatham House international affairs institute that the Palestinian problem had the effect of opening Pandora's Box.

If the Kurdistan region of Iraq were to declare independence this would cause a different kind of instability in the region, Gul said. He understood the fear of Iraq being divided that had been expressed to him by politicians in Baghdad, he said.

He said Turkey had a long history of relations with Russia but had stood with the West during the Cold War.

"We do not forget that we were an important wing of the NATO alliance for many years," he said. "The concern is that developments in Ukraine could lead to the start of a new Cold War."

On Syria, Gul insisted his country was "never close to Assad regime" and had tried to engage with it purely because Syria and Turkey were neighbors.

He said he felt "deep sadness at the despicable murders" committed by ISIL, or the Islamic State of Iraq and the Levant. But he stressed it was important to regard ISIL as an extremist political movement, not a religious one.

While 2 million people had migrated to Germany over the last two decades, he said, the same number of Syrian refugees had flooded into Turkey in just two years.

"There needs to be more appreciation of Turkey’s efforts in accommodating all of them," he said.

Chatham House members put only one question to Gul on Turkish domestic policy: "Do you believe the powers of the presidency should be reformed?"

Gul said he had expressed his views on the subject previously.

“I have already expressed my views on this subject previously,” Gul said in reply.

Pressed by Chatham House director Robin Niblett, Gul said he preferred a parliamentary system for Turkey but that a presidential system could also work "with the correct checks and balances."