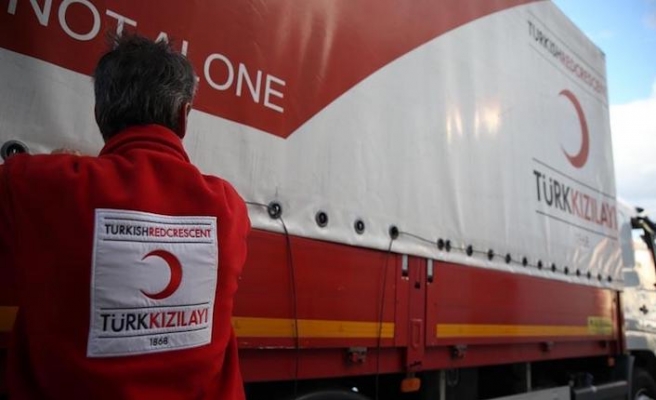 The International Federation of Red Cross and Red Crescent Societies (IFRC) praised Turkey’s aid efforts within and outside the country, saying it was a "good example of solidarity."

“We appreciate the role that your country is playing in hosting so many people fleeing the violence. It is a good example of the solidarity,” IFRC head Francesco Rocca told Anadolu Agency in an exclusive interview on the sidelines of the TRT World Forum in Istanbul.

Turkey hosts more Syrian refugees than any other country in the world. The country has spent more than $32 billion from its own national resources for helping and sheltering refugees since the beginning of the Syrian civil war.

To give an example, Rocca highlighted Turkey’s aid efforts in Bangladesh to where more than 750,000 Rohingya refugees, mostly women and children, fled.

“It is another place of the world, which Turkish Red Crescent is playing an amazing job and a terrific job on a daily basis,” he said.

The IFRC head also said “Kizilay” -- the local name of the Turkish Red Crescent -- sets an example to other countries that are hosting refugees and that they should learn from their practices and experience.

According to Amnesty International, more than 750,000 Rohingya refugees, mostly children and women, fled Myanmar and crossed into Bangladesh after Myanmar forces launched a crackdown on the minority Muslim community in August 2017.

In regards to community centers opened in Turkey that help Syrians integrate with the local community, Rocca said humanitarian aid was not only about giving food.

“It means inclusion, it means integration, working with the local communities for the acceptance of the people,” Rocca said.

Referring to the community center that he visited in Bagcilar district of Istanbul on Wednesday, he added: “The center that I visited is a perfect example of this.”

Rocca also called on aid organizations to do more to help quake and tsunami-hit Indonesia, where the death toll has risen to 1,571 and 113 missing.

“We do need help as much as possible,” he said, adding that “every single euro, every single [Turkish] lira” donated was extremely important.

The IFRC head also criticized the international community of not making enough efforts to deal with the global humanitarian crisis or tackle the root causes of the crises.

“They are not doing enough efforts to fix the causes of the crisis,” he said.