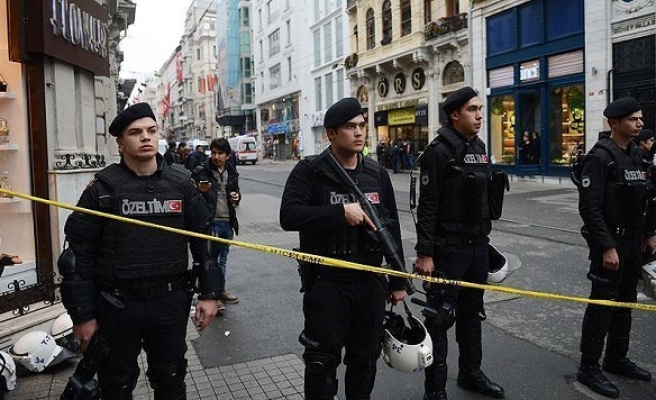 Turkish investigators were scrambling Sunday to identify the bomber who blew himself up in the heart of Istanbul, killing four foreigners in the latest bloodshed to rock the country.

No group has yet claimed responsibility for Saturday's blast, which killed three Israelis and an Iranian.

The attack came six days after a suicide car bombing at a busy square in the capital Ankara that killed 35 people and was claimed by the terrorist Kurdistan Workers' Party (PKK).

But local media said ISIL extremists were suspected of being behind the latest attack which targeted Istiklal Caddesi, a bustling pedestrian street in central Istanbul that is lined with shops and cafes.

The suspected bomber was named by pro-government media as Savas Yildiz, a 33-year-old Turkish national.

Media said DNA samples had been taken from the suspect's father to try to obtain a match with the attacker.

But Istanbul governor Vasip Sahin refused to give details on the tests, saying only: "Our investigation into this question is continuing."

Of the 39 people wounded in the attack, 24 were foreigners. By Sunday morning, 19 people were still being treated in hospital, eight of whom were in critical condition, the health ministry said.

The three Israeli victims, two of whom also held US citizenship, were part of a group which was on a gastronomic tour of Turkey, Israeli media said.

Their bodies were to be repatriated Sunday aboard an Israeli military jet, according to military sources. Five injured Israelis were flown home for treatment on Saturday night, Israel's emergency services said.

Turkey has suffered six bombings since July that have killed more than 200 people around the country.

The only attack in Istanbul during that time, outside the Blue Mosque in January, had targeted a tourist quarter.

That suicide bombing, which claimed the lives of 12 German tourists, was blamed on ISIL.

The extremist group was also held responsible for Turkey's worst ever attack, which killed 103 people in October at a rally in support of Kurds -- arch-enemies of ISIL across the border in Syria.

Yildiz, named as a suspect in Saturday's attack in Istanbul, was also suspected of two bombings on offices of the pro-Kurdish Democratic Peoples' Party in May 2015 in the southern cities of Adana and Mersin.